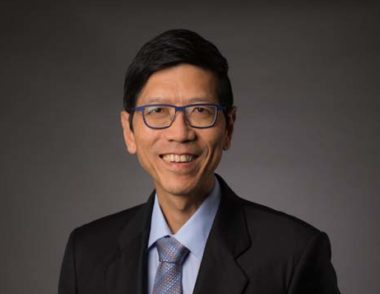 Professor Tan Chorh Chuan was appointed as the inaugural Chief Health Scientist and concurrently, Executive Director of the new Office for Healthcare Transformation in Singapore’s Ministry of Health with effect from 1 January 2018.

Professor Tan served as President of the National University of Singapore (NUS) from 2008 to 2017. He held the positions of NUS Provost, then Senior Deputy President from 2004 to 2008. He was former Dean of the NUS Faculty of Medicine and served as the Director of Medical Services, Ministry of Health, from 2000 to 2004, in which capacity he was responsible for leading the public health response to the 2003 SARS epidemic. As the inaugural Chief Executive of the National University Health System in 2008, he brought the NUS Medical and Dental Schools and the National University Hospital under single governance. As NUS president, he oversaw the formation of Yale-NUS College.

Professor Tan is a key leader in Singapore’s Biomedical Sciences Initiative since its inception in 2000, for which he was awarded the National Science and Technology Medal in 2008. He also received the Public Service Star in 2003 for outstanding contributions to overcoming SARS in Singapore; the Public Administration Gold Medal in 2004 for his work as Director of Medical Services in the Ministry of Health; and the Meritorious Service Medal in 2015. Other awards include the Dr. John Yu Medal from the George Institute for Global Health, Australia; the Albert Schweitzer Gold Medal from the Polish Academy of Medicine; Honorary Doctor of Medicine from King’s College; Honorary Doctor of Science from Duke University; Honorary Doctor of Science from Loughborough University; Achievement Medal from the Singapore Society of Nephrology and the 1996 Singapore Youth Award.

A renal physician, he obtained his medical training at NUS, and research training at the Institute of Molecular Medicine, Oxford.