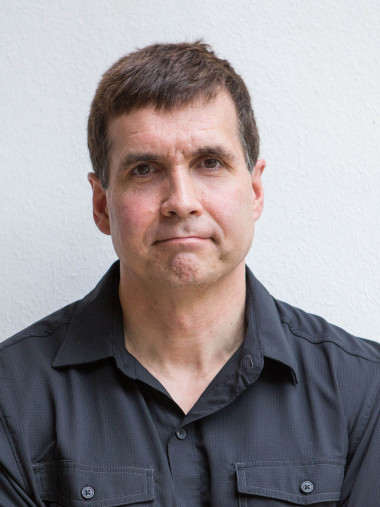 Professor Scott Cook obtained his BA in Music in 1986 at the University of Southern California. At the University of Michigan, he received his MM in Music Theory in 1998, MA in Chinese Literature in 1990, and PhD in Chinese in 1995. He previously served as the Professor of Chinese at Grinnell College (at Grinnell since 1996, Professor since 2009, Cowles-Kruidenier Chair of Chinese Studies since 2012).

Prof Cook’s scholarship has been recognised numerous times, including receipt of a Fulbright Research Award in Taiwan, an ACLS/Frederick Burkhardt Award for Recently Tenured Scholars (for residence at the National Humanities Center), and an ACLS American Research in the Humanities in China Grant. His faculty leadership positions at Grinnell have included service as the Head of the Department of Chinese and Japanese and the East Asian Studies Concentration. He was an elected editorial board member for the Society for the Study of Early China and its journal Early China since 2007, and has also served on the editorial boards of the Chinese-language journals Pre-Qin and Han Academics (since 2003), Bamboo and Silk (since 2005), and Journal of Early Chinese Philosophers (since 2006).

In today’s world of rapid technological advances, chaotic global integration, and ongoing financial crises, a combination of external and internal pressures have forced many institutions of higher learning to rethink their core missions and devise new strategies for succeeding in today’s competitive academic marketplace. In doing so, many are in danger of losing their way, devaluing the core principles of a liberal-arts education while embracing the full-scale use of mass-learning technologies without adequately evaluating their impact on the educational experience itself, attuning themselves to short-term efficiencies while seemingly blind to their long-term ramifications. Amidst this backdrop, Yale-NUS stands out as a remarkable exception: a novel yet traditional institution that is fully committed to the proven notion that a broad and intensive training in the liberal arts remains the best way to educate the types of thoughtful, adaptable, and well-rounded leaders that will be able to successfully navigate us through the bewildering changes of the 21st century. And it will do so in a nation that is at the nexus and forefront of many of the technological and financial innovations that are currently sweeping the globe, in a location, moreover, that serves as a key gateway to the East and Southeast Asian regions. As such, it presents direct and practical learning opportunities for students that are unparalleled in the world, at the same time that it combines the rich and diverse historical experience of two of the world’s leading academic institutions. Young as the College itself is, I believe that Yale-NUS is poised to quickly become a global leader in higher education for the next century, and I am excited to play a role in helping to further shape and refine its one-of-a-kind curriculum.

Prof Cook specialises in pre-imperial textual studies and early Chinese intellectual history, with emphases in recently excavated bamboo manuscripts and musical thought. He is the author of The Bamboo Texts of Guodian: A Study and Complete Translation, Vols. I and II (Cornell East Asia Series 2012); Guodian Chujian Xian-Qin Rushu Hongweiguan《郭店楚簡先秦儒書宏微觀》(The Pre-Imperial Confucian Texts of Guodian: Broad and Focused Perspectives) (Taiwan Xuesheng shuju 2006); and editor of Hiding the World in the World: Uneven Discourses on the Zhuangzi (State University of New York Press 2003). He has published numerous articles in both English and Chinese, most recently in Bulletin of the Department of Chinese Literature, National Taiwan University; National Taiwan University Philosophical Review; Journal of Chinese Philosophy; Guwenzi yanjiu (Paleographic Studies); and The Journal of Chinese Philosophy and Culture.