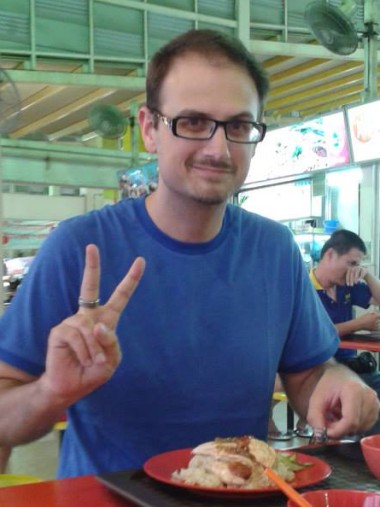 Having spent the first 27 years of his life in the United States (West Coast, Midwest, Northeast), Assoc Prof Bailey now sees Singapore as his adopted home. Assoc Prof Bailey spends much of his free time exploring the city and its surrounding region. He also plays the keyboard and guitar.

Assoc Prof Bailey’s research is mostly in metaphysics, epistemology, and their applications to the philosophy of mind and philosophy of religion. He is interested in general questions about what things there are, what they are like, and what can be known of them. In particular, Assoc Prof Bailey is fascinated with human beings, their powers and their place in the world.

As a teacher, Assoc Prof Bailey is an aspiring generalist, with interests that span the curriculum (including ethics, the history of western philosophy, Chinese philosophy, and Indian philosophy). Accordingly, he takes great joy in teaching Philosophy and Political Thought (I and II) within the Common Curriculum.

Recent electives include: Money, Metaphysics of Human Nature, Philosophy of Religion, and Death and the Meaning of Life.