Yale-NUS faculty contribute to research efforts in the ASEAN region

Research is an integral part of faculty work at Yale-NUS College, much of which carries impact that extends beyond imparting knowledge and skills to our students. Some Yale-NUS faculty members have been engaging in various research efforts to benefit different communities in the Association of South East Asian Nations (ASEAN) region.

Among them is Associate Professor of Social Sciences (Psychology) Keng Shian-Ling. She has recently completed a pilot study examining the feasibility and effects of a dialectical behaviour therapy (DBT) skills group on psychological symptoms in a sample of patients diagnosed with borderline personality disorder (BPD) in a public hospital in Malaysia.

To date, the study found that participation in the DBT skills group was associated with significant reductions in the frequency of non-suicidal self-harm behaviours, suicidal ideation, depressive symptoms, stress and emotion regulation difficulties, and increases self-compassion and personal well-being from pre- to post-intervention. These preliminary findings suggest that DBT skills training is feasible and acceptable in a low resource setting, and holds promise in improving clinical outcomes among BPD patients in Malaysia. 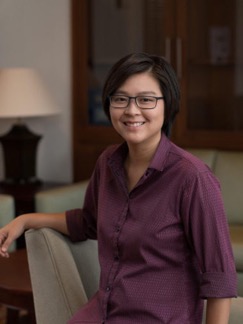 Sharing what motivated her to take on the project, Assoc Prof Keng said, “This has been a passion of mine since I started my training in clinical psychology years ago – to work on the dissemination of evidence-based interventions in Southeast Asia, given that many evidence-based psychological interventions (such as DBT) aren’t available in the region due to a lack of trained mental health professionals. I am excited that we initiated this research collaboration, as it has important implications for building empirical evidence for the implementation of DBT in a low resource context.”

The treatment provided in the study was well-received by the patients. “Although aspects of DBT (e.g. mindfulness) were drawn heavily from Eastern spiritual traditions, particularly Zen Buddhism, the study showed that the concepts and skills taught in the treatment can be effectively explained to both clinicians and patients in Malaysia, with the majority of the latter being Malay Muslims.” she added.

Alongside this project, Assoc Prof Keng is involved in a study examining the effects of intensive DBT training in a group of psychologists at Singapore’s Institute of Mental Health (IMH). The study found that DBT training was associated with increased acceptance towards BPD patients, and identified several implementation challenges and suggestions for addressing these challenges in the Singapore context.

The studies were inspired by an interest to bring evidence-based interventions into low resource community settings. Assoc Prof Keng hopes that the research findings will encourage further efforts to incorporate DBT service into the public health system, both in Singapore and Malaysia, with an eye towards developing services that are sustainable in the long-term.

The SRCD is one of the key professional societies in child development research with headquarters in the United States (US). One of the aims of the Asian Caucus of SRCD is to promote engagement among members outside of the US, particularly in the Asian region.

As the regional coordinator for South/Southeast Asia, Asst Prof Cheung’s work in the sub-committee includes developing ways to build research collaborations among Asian scholars. Her team has recently designed a perception survey to better understand the needs of Asian Caucus members. The committee aims to support the members’ networking efforts through identifying potential research collaborators who are keen to engage in comparative research cross-culturally. 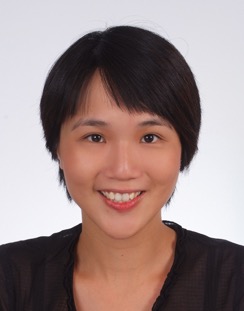 “As a child development scholar based in Asia, I fully feel the impact of being “away from the action” – where most of the professional meetings and conferences tend to be held in North America. The resources needed to travel such long distances to communicate with colleagues mean that some of the Asian scholars are likely to attend these meetings infrequently, if at all. This results in the scholars being excluded from the important conversations that chart the future directions for our field,” Asst Prof Cheung explained.

With the setting up of this ISN sub-committee, her team hopes to bridge the gap by possibly organising some networking activities in Asia, ensuring greater participation from Asian scholars in child development research discussions and dissemination of research findings. “It is very exciting to be a part of this meaningful endeavour to increase the prominence of Asian scholars and research in the international arena,” she added.

Other faculty members are also engaged in ongoing projects in the region. As part of an MOE Academic Research Fund (AcRF) Tier 2 project, Associate Professor of Social Sciences (Socio-legal Studies; Law & Society) Lynette Chua is currently working on an empirical study of laws in China, Taiwan, Vietnam, and Singapore that require adult children to provide financial maintenance and, in some instances, emotional care, to their elderly parents. The project is interested in how such laws are used, and how they relate to shifting practices of filial piety and intergenerational relationships as the respective societies undergo changes to population flows, economic development, and family structures. 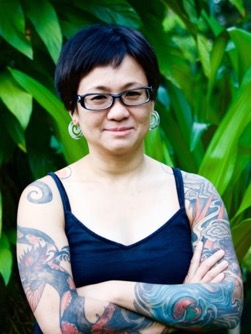