Scientists discover why tarantulas come in vivid blues and greens

Researchers from Yale-NUS College and Carnegie Mellon University have discovered that tarantulas have the ability to see in colour, contrary to previous thought, and suggest functions for their green and blue colouration 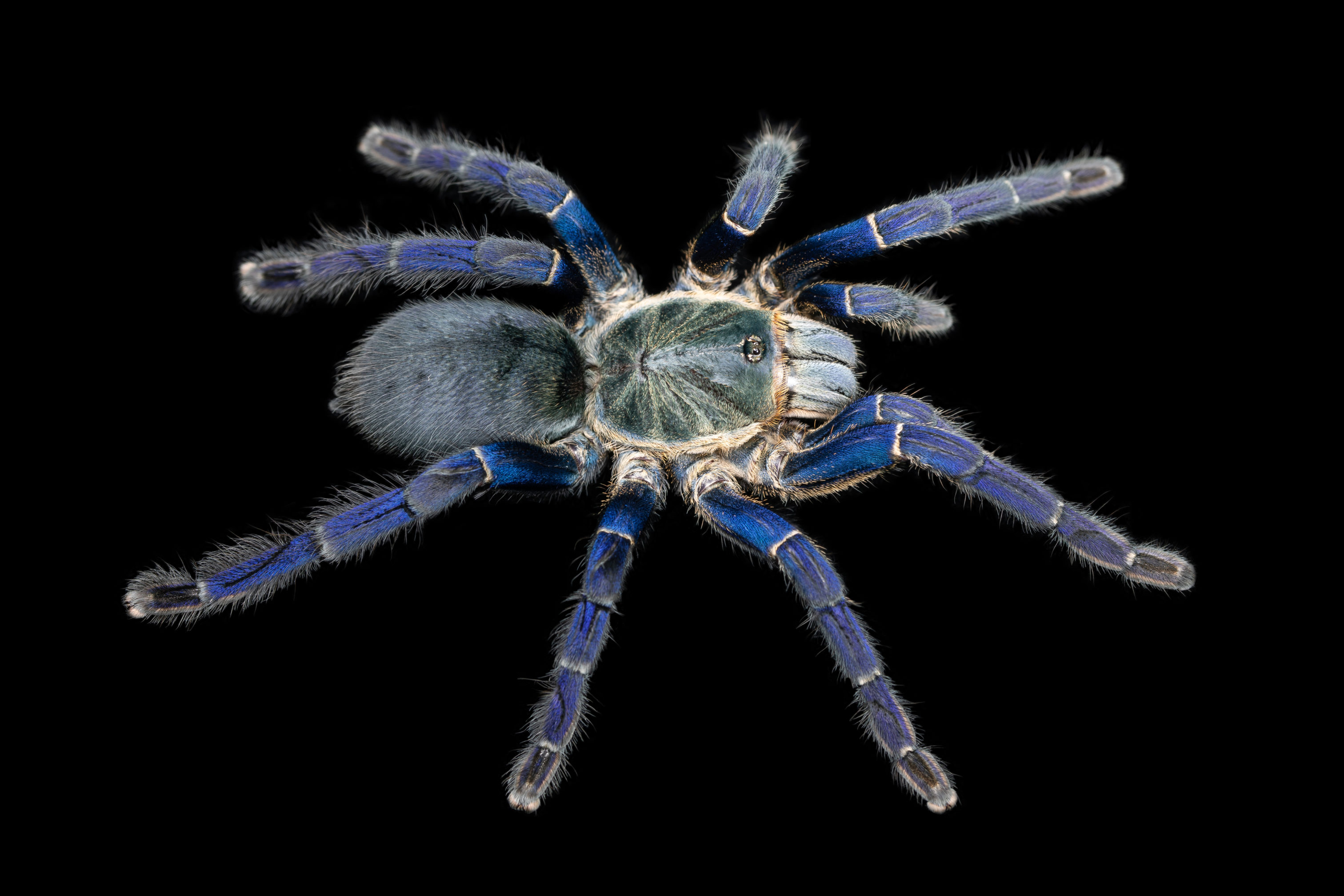 Why are some tarantulas so vividly coloured? Scientists have puzzled over why these large, hairy spiders, active primarily during the evening and at night-time, would sport such vibrant blue and green colouration – especially as they were long thought to be unable to differentiate between colours, let alone possess true colour vision.

In a recent study, researchers from Yale-NUS College and Carnegie Mellon University (CMU) find support for new hypotheses: that these vibrant blue colours may be used to communicate between potential mates, while green colouration confers the ability to conceal among foliage. Their research also suggests that tarantulas are not as colour-blind as previously believed, and that these arachnids may be able to perceive the bright blue tones on their bodies. The study was published in Proceedings of the Royal Society B on 23 September, and is featured on the front cover of the current (30 September 2020) issue.

The research was jointly led by Dr Saoirse Foley from CMU, and Dr Vinod Kumar Saranathan, in collaboration with Dr William Piel, both from the Division of Science at Yale-NUS College. To understand the evolutionary basis of tarantula colouration, they surveyed the bodily expression of various opsins (light-sensitive proteins usually found in animal eyes) in tarantulas. They found, contrary to current assumptions, that most tarantulas have nearly an entire complement of opsins that are normally expressed in day-active spiders with good colour vision, such as the Peacock Spider.

These findings suggest that tarantulas, long thought to be colour-blind, can perceive the bright blue colours of other tarantulas. Using comparative phylogenetic analyses, the team reconstructed the colours of 110 million-year-old tarantula ancestors and found that they were most likely blue. They further found that blue colouration does not correlate with the ability to urticate or stridulate – both common defence mechanisms — suggesting that it did not evolve as a means of deterring predators, but might instead be a means of attracting potential mates.

The team also found that the evolution of green colouration appears to depend on whether the species in question is arboreal (tree-dwelling), suggesting that this colour likely functions in camouflage.

“While the precise function of blueness remains unclear, our results suggest that tarantulas may be able to see these blue displays, so mate choice is a likely potential explanation. We have set an impetus for future projects to include a behavioural element to fully explore these hypotheses, and it is very exciting to consider how further studies will build upon our results,” said Dr Foley.

The team’s survey of the presence of blue and green colouration across tarantulas turned up more interesting results. They found that the blue colouration has been lost more frequently than it is gained across tarantulas. The losses are mainly in species living in the Americas and Oceania, while many of the gains are in the Old World (European, Asian, and African) species. They also found that green colouration has evolved only a few times, but never lost.

“Our finding that blueness was lost multiple times in the New World, while regained in the Old, is very intriguing. This leaves several fascinating avenues for future research, when considering how the ecological pressures in the New and the Old Worlds vary,” said Dr Saranathan. “For instance, one hypothesis would be differences in the light environments of the habitats between the New and the Old World, which can affect how these colours might be perceived, if indeed they can be, as our results suggest.”