Collaboration in the classroom: Examining technological issues from an ethnographic lens

“Looking around the world and seeing how technologies are transforming societies, I wanted to engage critically with the students about these massive technological transformations in the 21st century,” said Asst Prof Howlett. “An anthropological approach maintains a big-picture view while engaging with the everyday complexities of technology production and use. Too often, a technological intervention is seen as a magic medicine or panacea for complex social problems that require a more ground-up and nuanced approach. At the same time, technology is crucial to our everyday lives and fundamental to what it means to be human.” Indeed, anthropology— the scientific study of human social and cultural life— provides a disciplinary lens and an analytic toolkit to unpack compelling questions about the intersections of culture with technology. Students discussed a myriad of topics in anthropological literature, such as racialised surveillance technologies in the United States and the cultural imagination of robots in Japan.

Furthermore, Asst Prof Howlett adopted a collaborative pedagogical style, which was possible given the small class sizes at the College.

“Asst Prof Howlett is an excellent professor, and I enjoyed how he placed us into small groups where each of us developed a point deeply, and then we re-convened as a class to critique the authors together. Class discussions were rich with insight and analysis, and I always went away with a new perspective,” said Steven Sy (Class of 2022).

Like Steven, Liyana Ivanova Doneva (Class of 2023) appreciated the collaborative learning style of the course. She said, “Asst Prof Howlett strongly encourages peer citation for our assignments, so I try my best to engage with what each student is saying in order to cite them correctly later on. Oftentimes a classmate’s reinterpretation of the text really helps me gain a better understanding and enables me to consider multiple perspectives.”

“This practice closely matches how writing and knowledge production works in the real world, where people work in groups or teams of interlocutors, reviewers, mentors, and others to produce new knowledge and outcomes. I think this collaborative pedagogical approach teaches important leadership and collaboration skills that will be valuable in the endeavours of students while they are at Yale-NUS and beyond,” he said. 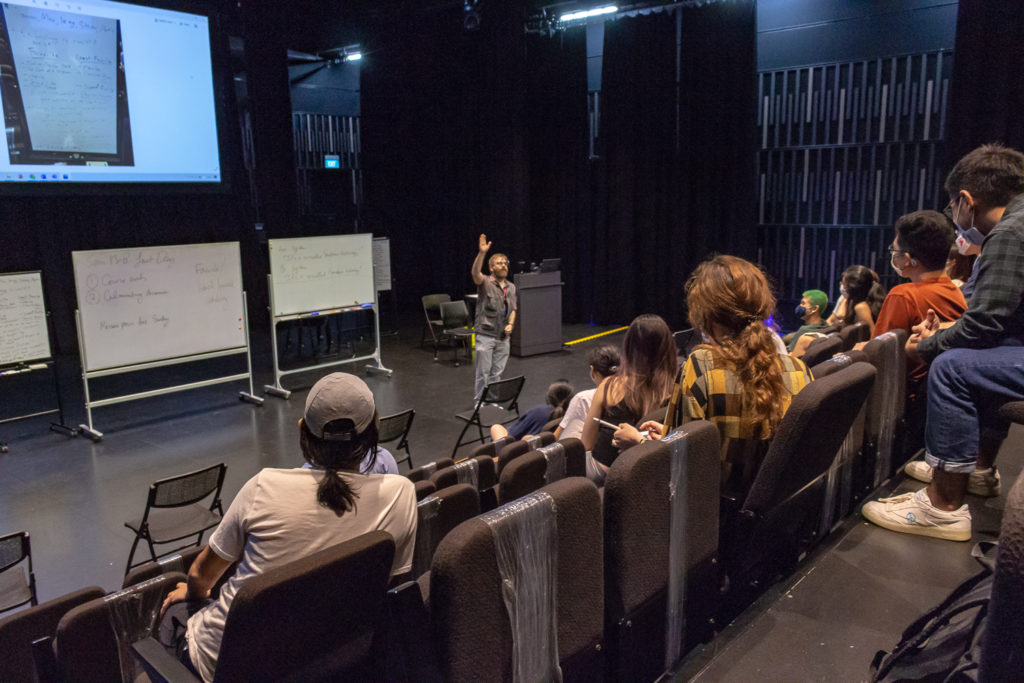 This first iteration of the Technology and Culture course welcomed a medley of students specialising in wide-ranging disciplines, enabling them to approach the issues from a multitude of angles.

“One of the best things about the course was to hear these great critical conversations taking place across different disciplinary perspectives such as anthropology, philosophy, biology, psychology, and more,” Asst Prof Howlett reflected.

As a case in point, Liyana, an Urban Studies major, valued how new insights from the Technology and Culture course re-illuminated the way she thought of urban planning and cities.

“In my Introduction to Urban Studies class, I was able to think more critically of the implications of ‘new’ and ‘smart’ cities after having grappled with so many examples of technology being used as a quick fix, but one that ultimately fails to address the root of the problem,” she said.

Similarly Steven, an Anthropology major and a writer, valued the soft skills and critical thinking that the course imparted to him, particularly how this might impact his creative writing.