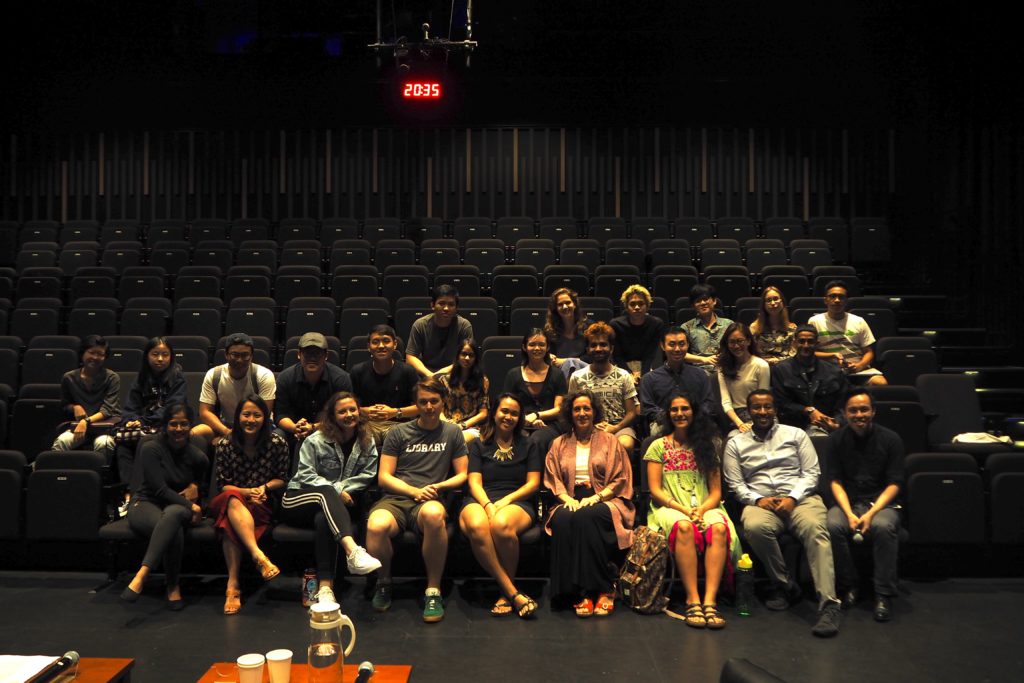 College is rarely a place where one size fits all. At a school like Yale-NUS College, differences are anticipated as students come from various countries and backgrounds. Some differences, however, inevitably manifest as challenges that students encounter in college.

Realising this, Director of Diversity and Inclusion of the 5th Yale-NUS Student Government, Academic Year (AY) 2018/2019, Kristian-Marc James Paul (Class of 2019) created a support network, called the In-Betweeners, for students who face challenges navigating their college experiences. The initiative is aimed especially at students who are the first from their families to attend university or a liberal arts college, as well as those who come from low-income households.

“The In-Betweeners initiative was set up when the student government was reformed in AY 2017/2018. The reform created a portfolio of objectives for the Director of Diversity and Inclusion to work on in consecutive years to consistently promote the welfare of our diverse student body,” said Mr Paul.

The In-Betweeners initiative calls for the Director of Diversity and Inclusion to be a permanent student liaison to raise awareness about challenges related to first-generation university students and the need for a support network. Addressing these challenges would ensure a more fulfilling student experience at Yale-NUS.

Saza Faradilla (Class of 2018), member of the Yale-NUS Alumni Council and alumni liaison for the In-Betweeners initiative, was delighted when she first found out about it.

“The idea of having a first-generation initiative has been around since I was a sophomore in 2015. I have been involved in several groups attempting to start it up, but at that time, we had no alumni and hence no sufficient resources to initiate it,” said Ms Saza, who strongly believes in the future of this initiative and its ability to support first-generation students and those from low-income backgrounds academically, socially, and financially.

She currently organises events related to In-Betweeners among alumni, such as networking panels connecting them to current students whom they can support. She also advocates the cause to administrative departments within Yale-NUS. Since its introduction, the In-Betweeners initiative has received positive support within the community. The In-Betweeners initiative has also been well-received by the Yale-NUS Dean of Students’ (DoS) Intercultural Engagement Office, a body that supports all identity-based groups in the College.

“The initiative is important as it provides a safe space on campus for students to share, recognise and learn what their experiences and challenges look like. Sharing their experiences with those who may be able to relate most directly can be the most impactful form of support for students. This would allow them to learn to navigate and utilise the resources provided for them by the College,” said Ms Sahar Kazemini, Manager of the Intercultural Engagement Office.

To date, the In-Betweeners have paired alumni with current students to form informal support systems, allowing the latter to seek advice and guidance from the former. The initiative also organised the In-Betweeners Network Panel on 19 February, which successfully brought together students, staff, faculty and alumni to share how they personally navigated challenges and created awareness to having an In-Betweeners experience at Yale-NUS.

“No one in my family went to college, so I did not know how to respond to certain cultural expectations when I first entered college. The concept of speaking up in seminars felt strange to me. I did not know whom I could ask for help or advice. The In-Betweeners initiative gave me a sense of relief knowing that I am not the only one going through these challenges, and that I can receive guidance from people with similar experiences,” said a student who identified as an In-Betweener.

“I identify as a low-income student, and I must admit that this aspect of my identity has sometimes negatively influenced my Yale-NUS experience. For instance, I know that I should not apply for certain semester abroad programmes or summer opportunities, as I simply would not be able to afford them. While I don’t blame school for that, certain things should be acknowledged: how much your parents make has a great influence on what kind of opportunities you pursue here. I am grateful that the In-Betweeners initiative is doing what needs to be done,” said another student, who also preferred to remain anonymous.

Moving forward, the In-Betweeners, with the assistance of Intercultural Engagement Office, aims to broaden its engagement and collaboration with other institutions within Yale-NUS such as the Centre of International and Professional Experience (CIPE), which coordinates overseas programmes and opportunities.

“We hope to identify different existing CIPE programmes that can more specifically target and support first-generation experiences, and highlight programmes and workshops that could be of particular importance to the development of In-Betweeners students with different needs,” said Ms Kazemini.

In the following academic year, Reni Chng (Class of 2021) will be the newly appointed Director of Diversity and Inclusion and will continue to spearhead this initiative.

Reni said, “As an In-Betweener myself, I am looking forward to working with the standing committee to equip In-Betweener students with the skills necessary to navigate the higher-education environment and post-college experiences through partnerships with alumni. I sincerely believe that the conception of this support network will ensure the best college experience for all students at Yale-NUS.”