“Why not challenge yourself to have a conversation with someone whose life experience is different from your own, or who might hold different beliefs?”

With these words, President of Yale-NUS College and Professor of Humanities (History) Tan Tai Yong welcomed the Class of 2024 at the First Year Assembly on 7 August 2020. Held virtually for the first time, the First Year Assembly is an annual tradition that marks the end of orientation where the Yale-NUS leadership, faculty, and staff officially receive the College’s new cohort of students.

This year’s intake comprises 234 students from 32 countries, including Australia, Bangladesh, Canada, China, India, Korea, Pakistan, United States, and Zimbabwe. With the addition of the new class, the Yale-NUS student body now stands at 1,018 students representing 69 countries as its diverse community continues to grow.

In light of COVID-19, the format for the First Year Assembly was revised with students viewing the programme on designated online links for their residential colleges (RCs). 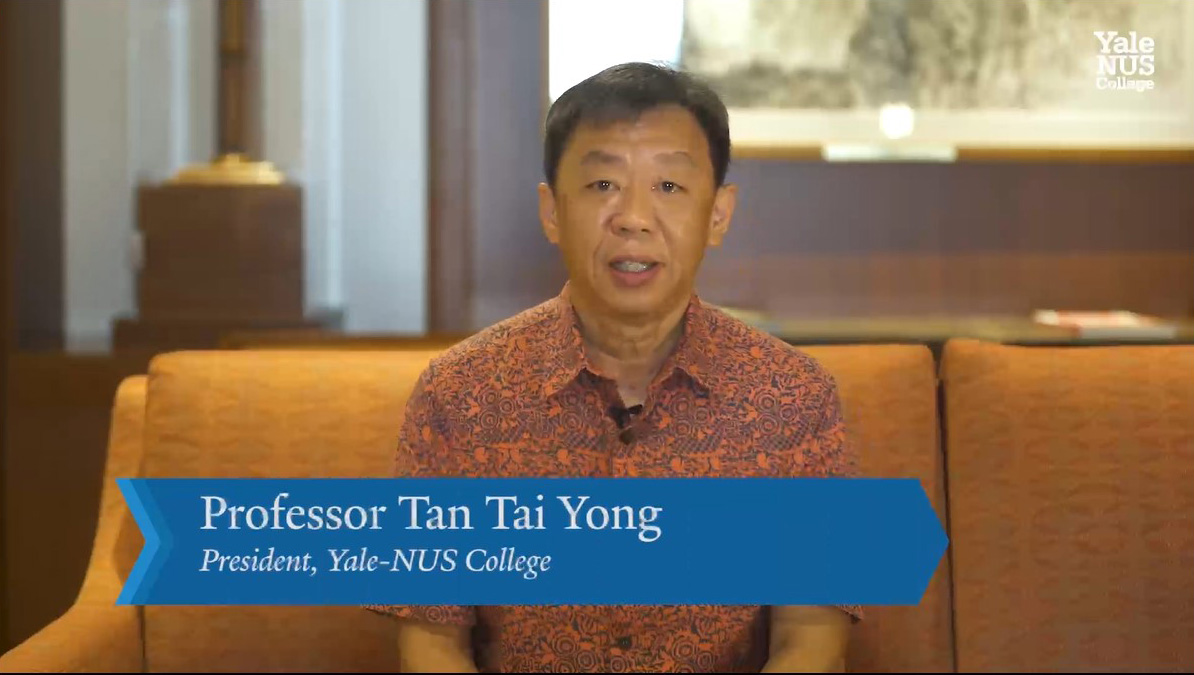 The First Year Assembly commenced with an opening address by President Tan, followed by speeches by nominated Faculty Speaker and Lecturer of Social Sciences (Political Science) Bjorn Gomes, Student Government President Nur Hazeem bin Abdul Nasser (Class of 2022), and each RC’s respective Rector. Students also interacted with the Yale-NUS community in a live chat as the Assembly was streamed on YouTube.

As the Assembly drew to a close, students gathered in their sky gardens with their Orientation Group Leaders (OGLs) and Residential College Advisors (RCAs) for the Candlelight Ceremony. With the announcement of the RC that won the Orientation Cup for the best performance during first-year orientation activities and challenges, giant banners with the name of each RC were illuminated in the College courtyards. Students then bid a close to orientation by lighting candles together in their sky gardens.

Reflecting on the Assembly and the decision to join Yale-NUS, Thimali Bandara and Aamir Bana (both from the Class of 2024) shared that of all the universities they applied to, they were most attracted to Yale-NUS because of its diverse community and curriculum that incorporates intellectual traditions and cultures of Asia and the world.

Considering Sri Lanka home, Thimali has lived in Dubai, United Arab Emirates, and Phuket and completed her high school education at the United World College Thailand. These diverse experiences have compelled her to continue seeking a diversity of experience at university.

“My gap year after high school has taught me to allow for spontaneity and the unplanned, so I’m looking forward to exploring new interests and passions,” she said. 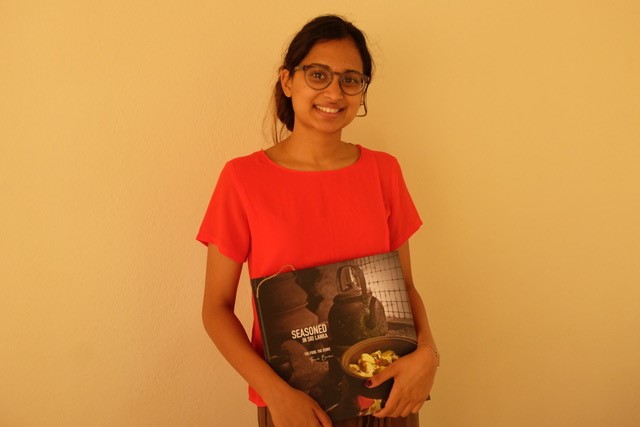 A national swimmer, Thimali Bandara (Class of 2024) also wrote and published a book featuring Sri Lankan family recipes during her gap year amid the COVID-19 lockdown. Image provided by Thimali.

Likewise, Aamir, a Singaporean, said, “Yale-NUS is a legitimate melting-pot of cultures and perspectives, making it utterly irresistible” and he hopes to use his time at the College for genuine and honest inquiry that can possibly lead him to unexplored territories. Concurrently pursuing a Double Degree in Law from the National University of Singapore, Aamir Bana (Class of 2024) recently helped run a month-long virtual programme to engage Singaporean children during the COVID-19 lockdown. Image provided by Aamir.

“I want to explore the great works of thinkers, leaders, and agents of change. I want to build myself into someone capable of being of value to others. Most of all, I want to have fun, learn, and grow,” he added.

In contrast to Thimali and Aamir who are looking at exploring new areas of interests, Loo Jing Xuan (Class of 2024) shared that she chose to come to the College because Yale-NUS enables her to pursue her passion. Having moved from Malaysia to Singapore as a 13-year-old for her secondary education, she pursued a diploma in Business Administration at the Singapore Polytechnic.

Intending to major in Arts and Humanities at Yale-NUS, she said, “Having spent three years studying business, I decided to pursue my other passion that I was not brave enough to pursue before — music production.” When she is not producing her own music, you can find Loo Jing Xuan (Class of 2024) (left) practising her pottery or out in nature kayaking and hiking. Image provided by Jing Xuan.

Because she views music as an expression of a songwriter’s life experiences and values, an interdisciplinary liberal arts education was the next right step for her to broaden her world views, deepen her thoughts, and redefine the world and society for herself.

Whatever their motivations, the words of Dr Gomes would resonate with all our new Kingfishers, “So ‘dwell in possibility’, as Emily Dickinson once said. Be passionately curious about everything, whatever your calling… Put, where appropriate, the ideas you will gain from the different disciplines together, so that we may grow in our understanding of the complex world within which we live, and conjure up new solutions to old problems.”

The full videos of the First Year Assembly can be found at the following links: