Behind the scenes of Orientation 2020 — Planning amidst a pandemic 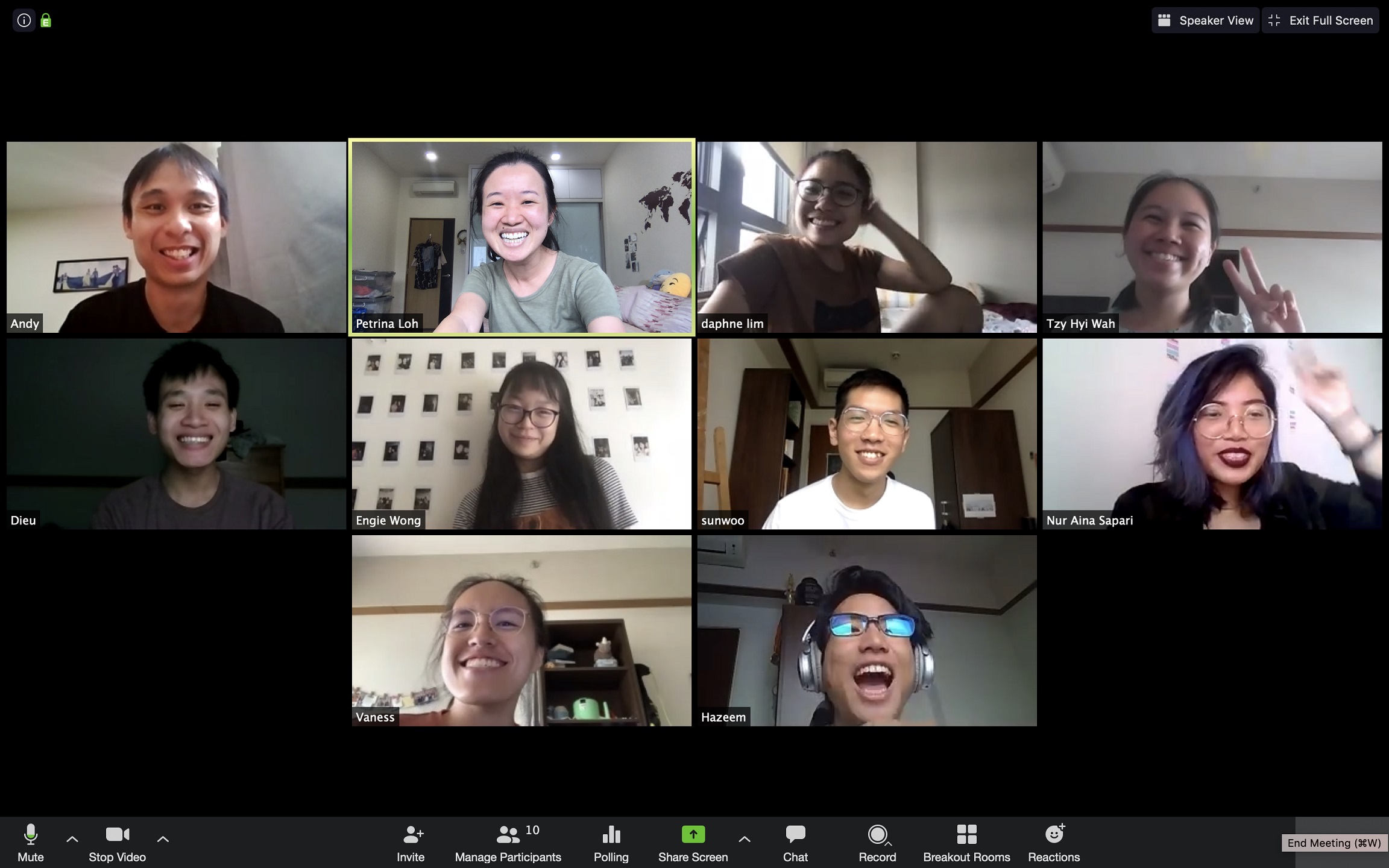 Yale-NUS College is welcoming its eighth batch of first-year students under extraordinary circumstances. Amidst challenges posed by the COVID-19 pandemic, members of the Orientation planning committee (O’Comm) have been hard at work to craft a fulfilling, impactful programme for the Class of 2024.

With the coronavirus outbreak, O’Comm members have had to factor in many new variables into their planning process. Some international students are unable to physically attend college for the semester. Additionally, Singapore has imposed a number of COVID-19 regulations, such as mandating a physical distance of one metre between each person, capping off-campus social gatherings at five people, and limiting on-campus activity participants to 50 people. International students also need to serve a 14-day stay-at-home notice (SHN) upon entering the country.

“We had to rethink almost all our signature [Orientation] programmes,” said Senior Manager (Student Organisations and Leadership) Ms Petrina Loh, who is overseeing Orientation. It now consists of a hybrid of online and offline activities.

For instance, aMaze — an adventure where students travel across Singapore to complete activities in groups— will be held on-campus this year. Some aMaze activities will be held online, enabling international students to virtually participate. Orientation opening and closing ceremonies, administrative briefings, and the Mass Dance (where students learn a dance in their Orientation Groups and gather for a cohort-wide dance-off on the final day of Orientation) have also been shifted online.

The Orientation team found it a challenge to finalise events amidst shifting national and school directives surrounding coronavirus management. “O’Comm has had to have a Plan A but also a Plan B and Plan C as backup,” said Engie Wong (Class of 2023), an O’Comm member and summer intern at the Dean of Students Office (DOS), which is in charge of planning for Orientation.

As the Singapore government adjusted the guidelines to adapt to the evolving situation, the College too had to adjust the size of group hangouts several times, with the latest updates coming just two weeks before Orientation began. This made it difficult to work out logistical details, such as the venues that students can occupy for each programme.

“I would say that last-minute changes are abrupt, but not unexpected,” commented Ngo Quang Dieu (Class of 2021), an O’Comm member who has been involved with Orientation planning for the past three years. In fact, he is bracing for the possibility of COVID-19 regulations changing during the course of Orientation itself. “Those are the things that I have to tell myself to prepare early for.”

To make up for the fewer opportunities for face-to-face interaction in this year’s Orientation, the organising team has been exploring innovative ways to engage the incoming class. “When planning, we try to distil the essence of what makes physical meet ups so special, then translate it into this modified programme,” said Nur Aina Binte Sapari (Class of 2023), also a DOS intern and member of O’Comm.

For example, the College’s Student Activities Fair — usually an afternoon-long session held in the Multi-Purpose Hall, where first-years can learn more about student organisations — has been partially shifted online. Some student organisations have already started hosting virtual hangouts, giving incoming students a sample of what they have to offer.

“Our social media engagement is a lot more robust this year, given how a lot of students can only engage with us through online means,” Engie added. O’Comm members have conducted a live mukbang session — a video concept in which participants eat food on-screen and interact with the online audience — where they introduced students to local food and answered questions about life at Yale-NUS. They have also held competitions and social media challenges on Facebook and Instagram, and released YouTube videos on topics ranging from dorm essentials to room decoration tips.

O’Comm is also taking special care to engage the students who have to serve a long quarantine period upon entering Singapore. They have virtual activities lined up on an almost-daily basis for these students during their stay-at-home notice, from online Zumba hangouts to board games and escape rooms. The committee has also sent care packages to these students, complete with useful items such as utensils, a power adapter, and snacks.

So far, the virtual Orientation events have been well-received by first-years. “We’ve been having Zoom calls to get to know each other and I find those really fun,” highlighted Alan Anggara (Class of 2024), who had been attending the online sessions from his home country of Indonesia. “I’m excited to finally start in-person classes.”

“I’m really excited just to see them and talk to them,” added Aina. “I hope they’ll continue to be adaptable and enthusiastic about Orientation despite these unusual circumstances!”