Professor Saw has published some 45 authored and edited books, as well as over 100 articles on statistics, demography and economics. He has given generously to promote tertiary education and social mobility among needy students. Many universities have received his support for the establishment of medals, study awards, bursaries, scholarships, endowed professorships, research centres and buildings. Recipients of his donations include LSE, Xiamen University, the University of Hong Kong, and universities in Singapore.

In recognition of his outstanding academic and philanthropic achievements, he was conferred the Honorary Doctor of Letters by NUS, the Distinguished Alumni Leadership Award by LSE, the Public Service Medal by the Singapore government, and the Singapore President’s Award for Philanthropy.

Three students from the Class of 2018 – Daniel Ng, Ilya Katrinnada binte Zubaidi and Nur Diyanah binte Kamarudin – are the inaugural recipients of the Saw Swee Hock Study Award, which has been beneficial in helping students to focus on pursuing their academic and personal interests.

“It is a big honour and privilege to be a beneficiary of this study award,” Ilya shared. “It has helped to alleviate my family’s financial concerns about my university education, and I can now focus on pursuing my academic interests as well as the countless opportunities that the College offers, without worrying about my school fees.”

Ilya helps out as an English-Malay translator at a school outreach event with cleaners at Yale-NUS College. Image provided by Ilya Katrinnada binte Zubaidi.

An avid photographer, Ilya is involved in the Yale-NUS Photography Club, where she hones her photography skills while enjoying the opportunity to capture various school memories through events coverage. She hopes to further her passion in the future by using photography as a tool in leading a creative life that allows her to tell meaningful stories. She also aims to make education, the arts and sports more accessible to underprivileged children and youth.

Daniel shares the same zest for pursuing his passions, most notably in developing his expertise in military matters, particularly military law. A student in the Double Degree with Law programme, Daniel previously headed NUS Law’s Military Justice Project and hopes to be involved in the military in his future career. In addition, Daniel is passionate about education and student mentorship, which he currently contributes to through various activities in the Boys’ Brigade (a previous co-curricular activity), his secondary school alumni association and his church. Inspired by the Saw Swee Hock Study Award, he also hopes to give back towards education in the future to provide future students with more opportunities for development. 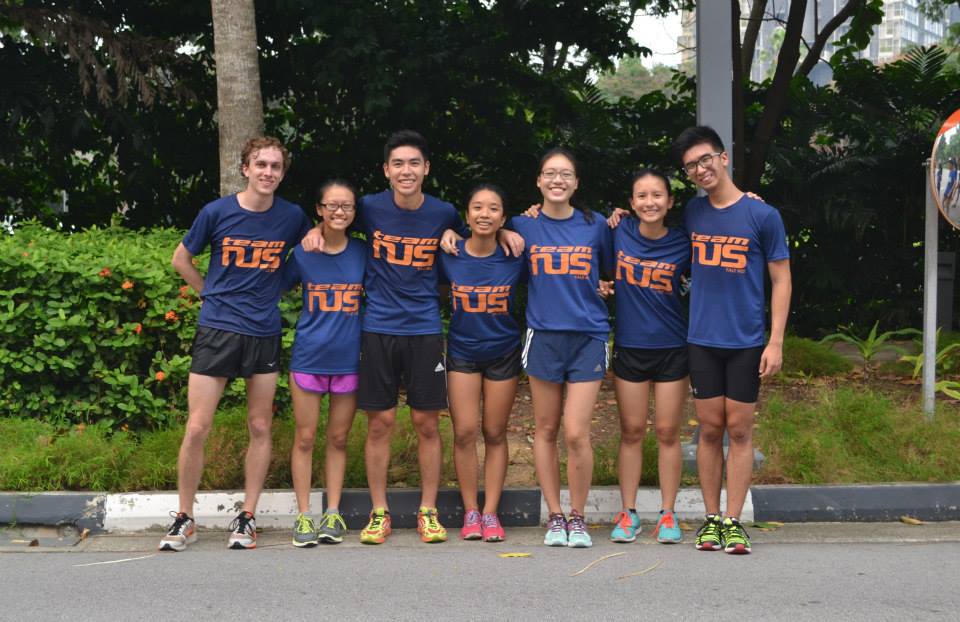 Daniel (first from right) was Captain of the Yale-NUS Road Relay team for two years, during which the team won a number of medals at the Inter-Faculty and Inter-College Games. Image provided by Daniel Ng.

“In the future, I hope to start a fund, much like the Saw Swee Hock Study Award, to provide students from average schools with opportunities to pursue their interests,” Daniel said. “I also hope to start a systemic form of mentorship, like that of the Boys’ Brigade but on a larger scale, for students in my community.”

Giving back is a common theme echoed by many study award recipients, and Diyanah is no exception. As a Saw Swee Hock Study Award recipient, she hopes to give back to the College upon graduation by assisting with alumni relations and sponsoring an annual academic prize under the Philosophy major.

Now on a semester abroad at Columbia University, Diyanah was previously involved in a variety of activities at Yale-NUS, including the Cendana Residential College Activities Committee, the Mixed Martial Arts Association, and the Student Investment Group, where she helped organise the inaugural Singapore Asset Management Conference sponsored by J.P. Morgan. Diyanah (first from left) participated in the Asia Investment Banking Conference 2015 in Hong Kong as the Secretary of the Yale-NUS Student Investment Group. Image provided by Nur Diyanah binte Kamarudin.

“I think that being in a liberal arts curriculum and studying varied disciplines really encouraged me to go out of my comfort zone and embark on new things,” Diyanah said. “For example, I also do competitive powerlifting. I participated in my first meet last year and am currently training with the Columbia powerlifting team.”

The Saw Swee Hock Study Award has clearly gone a long way towards supporting and inspiring students in their educational journey at Yale-NUS College. Beyond alleviating the students’ financial burden, the Award represents the start of a ripple effect of contributions that society can potentially witness in time to come as these students aim to pay it forward in their own ways.

“It gives me great pleasure to play a part in providing the students with access to higher education at Yale-NUS College, the first liberal arts college in Singapore that presents a unique education model with emphasis on breadth as well as depth of knowledge,” Professor Saw said.