Over the past few years, Yale-NUS College has benefitted from the generous philanthropic support of various individuals, foundations and corporations, all of whom are key stakeholders in the Yale-NUS community. Along with students, faculty, staff and alumni, parents are also integral to Yale-NUS, both for playing a monumental role in their children’s lives, as well as for their contributions to our community.

Through the Yale-NUS Parents’ Fund , parents support the College’s vision to provide an exceptional educational experience for its students by making philanthropic contributions towards the community.

Mr Johnny and Mrs Jovanka Burgos shared that they initially pledged their support to the Parents’ Fund out of gratitude for the Yale-NUS community, which has provided a ‘home away from home’ for their daughter, Tamara Burgos (Class of 2018), over the last four years. As a form of reciprocity, Mr and Mrs Burgos have decided to pay it forward by making a gift to the Parents’ Fund. “We hope that our contribution will be useful to other students,” they said.

As strong advocates of supporting and helping others, they also believe that the act of giving benefits both the giver and the recipient. “By making a contribution, it is not only the recipient who benefits, but also those who give,” they added. “Giving produces a genuine feeling of happiness.” 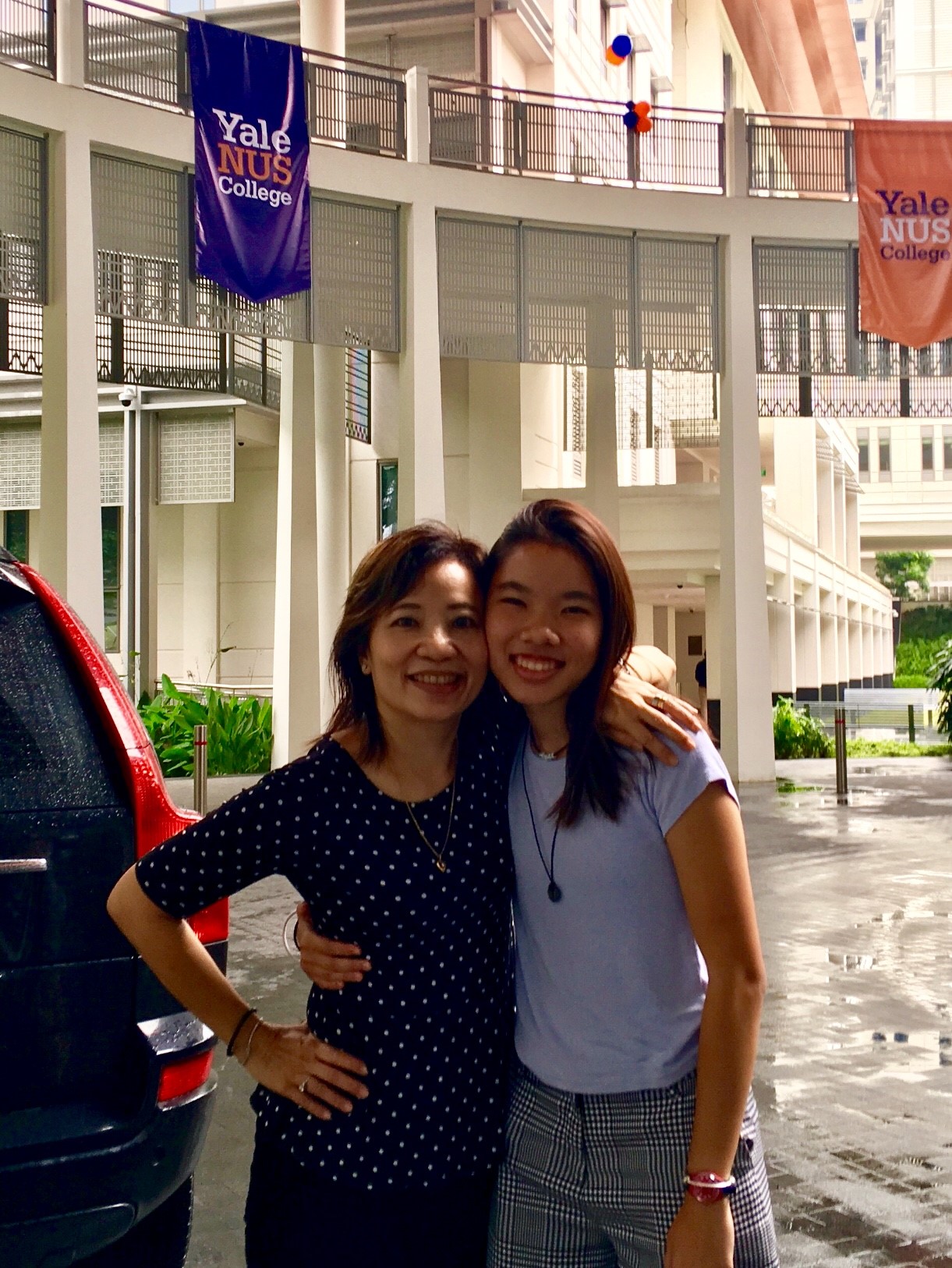 Another parent, Mrs Poni Leong, echoes these sentiments and is supportive of building a culture of giving at the College. “Philanthropic giving, be it financial or through volunteerism, should be inculcated at a young age and be part of one’s ongoing attitude and actions throughout one’s lifetime,” she said.

A big supporter of the College’s values and community, Mrs Leong shared that these factors were an important part of her decision to give towards the College. “The significant combination of the values and ethos of Yale-NUS College makes it a melting pot of such diverse ideas, thoughts and perspectives. It paves the way for students to go beyond academics,” she said. “It is this support network of pluralistic thinking and action that led me to support Yale-NUS and the Parents’ Fund.”

Like Mr and Mrs Burgos, Mrs Leong also believes that all contributions can go a long way towards helping other Yale-NUS students. “This philanthropic effort of ‘giving back’, no matter how small or big, will support the future of these students and further mould their already brilliant personalities,” she said.

Recognising the central role that families play in their children’s lives, Mrs Leong, and Mr and Mrs Burgos have also sought the collective efforts of other parents to contribute towards the Yale-NUS community in various capacities, such as volunteering at college events, attending parent-specific events and activities organised by the College, or through philanthropic support. These contributions help bring the College a step further in its aspirations for the future, something that both sets of parents have high hopes for.

“While preserving its present-day pluralistic and inclusive vision, I hope Yale-NUS will evolve with the times and continue to be a visionary beacon for the next generation of students,” Mrs Leong shared. Similarly, Mr and Mrs Burgos hope that the College will fulfil its aim of shaping the best future leaders in the long run.

Gifts to the Parents’ Fund go toward supporting the College’s highest priorities, including financial aid as well as other academic and student programmes.

Inspired to give back to the Parents’ Fund? Click here to find out more.