Despite the fresh challenges that these uncertain times brought, Yale-NUS College’s graduating Class of 2020 worked steadily to complete their capstone projects. In this article on capstones, we share how four creative projects by our Humanities majors reflect the concerns of our time.

At Yale-NUS, the capstone is an in-depth research, experiential or creative project that all students produce in their final year. For Arts & Humanities majors, they are able to explore a wide range of mediums such as short film, animations and video games.

Isabel Fang (Class of 2020) is one of them. Titled ‘O’, her capstone project is a 2D-animation set in a distant, post-apocalyptic future. In a world where humans have failed to prevent the disastrous effects of climate change, they now live in highly dense cities surrounded by extremely toxic levels of air pollution, and wearing oxygen tanks and masks on the daily has become the new norm. Within this fictive future, Isabel’s animated film is actually a fashion commercial for designer masks and oxygen tanks. 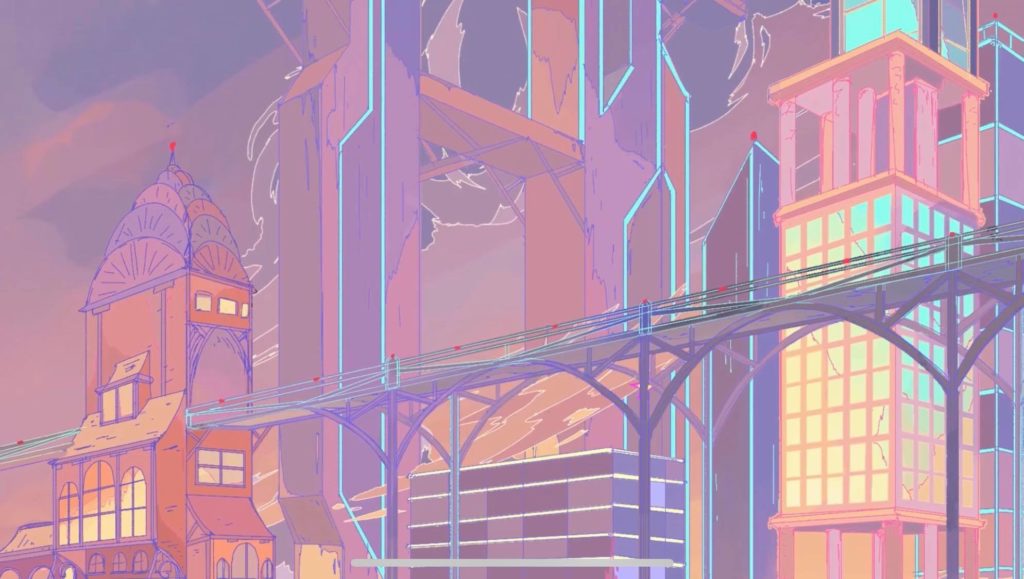 On her inspiration behind this concept, Isabel shared, “I’ve always loved fashion as an art form, and I knew from the beginning that I wanted to make my capstone related to it. But it is such a flawed industry, environmentally and ethically. Therefore, I decided I wanted to create something that could contribute to the conversation about the role of art –– fashion in particular –– in an age of climate crisis.” 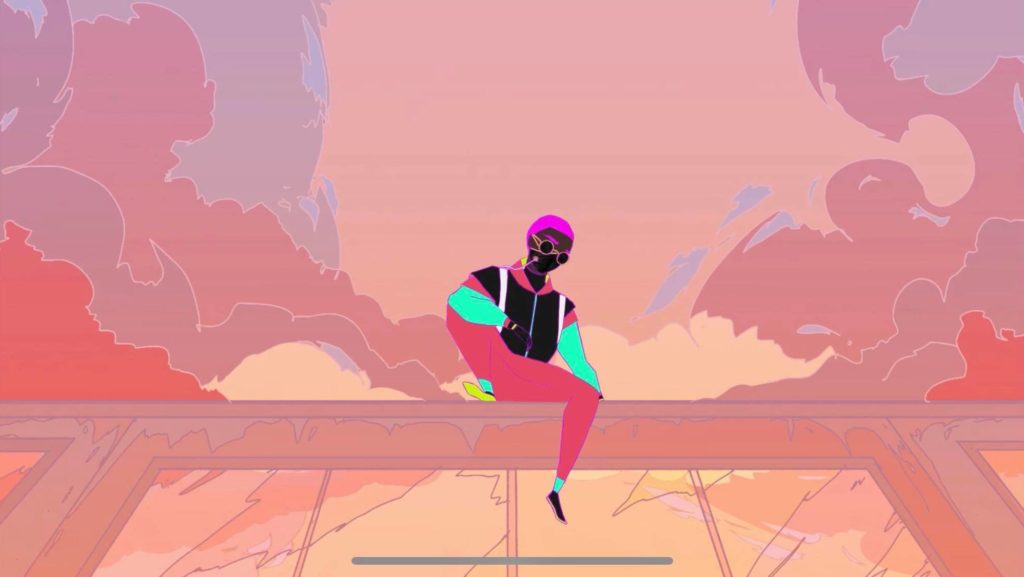 A screen grab of ‘O’. Image provided by Isabel Fang.

While initially intended to be a critique on the inherently toxic culture of consumerism at the core of the fashion industry, her animation has since grown closer to reflecting current reality, rather than merely speculative fiction. 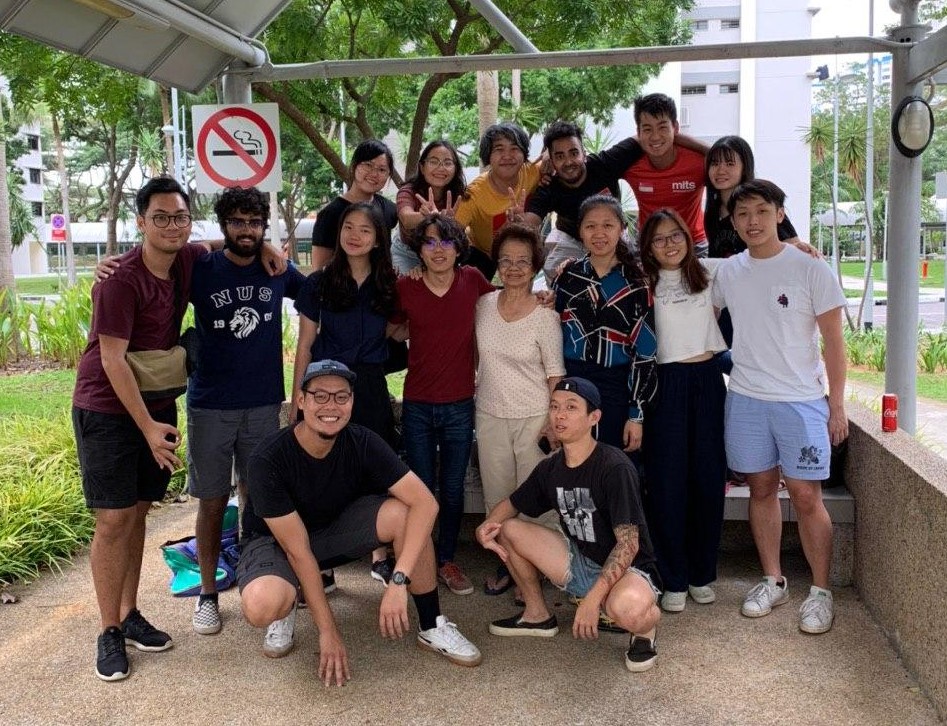 Titled ‘After Life’, the short film by Alistair Ryan (Class of 2020) is an inquiry into what happens after we die. The film was inspired by his personal journey with religion, and explores questions like: what it means to be a good person, and whether we necessarily need religion to become a good person; who gets to judge what a good person is, and on what standards; and finally, can a non-religious person be ‘good’ and admitted to heaven, even if they have never stepped foot into a church?

Creating a film is a tall order. As Alistair explained, “A film capstone is something you definitely can’t do alone. You do so much more than just filming and writing – you have to produce the film, find people to volunteer as actors and film crew, source for funds and other planning, and logistical challenges that other capstones probably don’t have to grapple with.”

Alistair shared that one of his major challenges was funding as it is expensive to make a film and he had to source for sponsors and funds for props and pay his crew.

Despite the challenges, Alistair managed to complete his short film. He is planning an online screening of ‘After Life’ and to submit it to various film festivals.

Nicolas Kang (Class of 2020) is an avid fan of video games. Previously, he personally designed two full games, but he described his capstone project as his “most ambitious project yet”. Titled ‘it’ll be alright.’, the narrative choice game focuses on the theme of active listening, and how it can be a powerful tool that catalyses self-growth and healing.

The game tells the story of a community in stasis: a fictional town is split in two, a consequence of a natural disaster, and the main protagonist, Ellie, feels trapped in the thick of it. Throughout the game, Ellie converses with other residents of the town, and through her, the player can either respond to them passively and maintain the status quo, or establish a deeper degree of vulnerability. This will then either push the resident towards despair, or hope.

For Nicolas, this game was a personal evaluation of his own struggles with depression and rehabilitation. More than that, it was an opportunity for him to amplify his message to a much wider audience. The game is currently free-to-play on this website, and in the future, Nicolas intends to release it on official gaming platforms like Steam or Humblebundle.

Nicolas said, “I had a very specific target audience in mind when I created this game –– people who are isolated in their rooms. The game is especially relevant in the current-day context of COVID-19, because many people are currently stuck in a state of stasis.”

Ng Xin (Class of 2020) is a History major who has chosen to do her capstone thesis on the anti-smoking campaign of Singapore. Titled ‘A Cigarette History: Smokers and Society in Singapore’s Anti-smoking Campaign, 1979-89’, her capstone topic was inspired by a course on opium that she took during her semester abroad programme. She was interested in finding a similar commodity in Singapore, and decided on cigarettes and smoking.

Her paper’s overarching argument is that the campaign represented a movement “through which the government both capitalised on and shaped a certain kind of relationship with Singaporeans to entrench its norm-making power in society.” She argued that while the Singapore government plays an active role in people’s life in various ways, Singaporeans have also incorporated the process of disciplining themselves, therefore perpetuating and strengthening anti-smoking norms.

The process of researching for her paper involved a lot of searching for primary sources. This involved making trips to the National Archives of Singapore to source for oral history interviews and archival research. Xin also conducted interviews with older relatives of fellow Yale-NUS students.

Reflecting on the journey, Xin shared that she’s proud of the paper she submitted, which “got whipped into shape” in the past few weeks with help of her advisor, and seemed easily readable and digestible to all whom she presented it to.

Despite the very real challenges that the graduating class has faced over the last month, through the support of their friends and the wider community, they have managed to deliver capstones that keenly reflect the concerns of our time.