The Tragedy of Hamlet, Prince of Denmark, often shortened to Hamlet, is a famous tragedy play written by William Shakespeare, whose 400th death anniversary falls this year.

Often used as a text for literary analysis in schools, the play has been staged and adapted to film and television over the years since it was written.

From end-March till early-April 2016, Yale-NUS students brought it to the College’s Black Box Theatre in a stage adaptation for the College community and the general public. (from left to right) Kavya Gopal, Scott Currie and Glen Koh (Class of 2018) as Gertrude, Claudius and Polonius

The idea of staging the play was conceptualised by the play’s two co-directors, Roshan Singh and Ritika Biswas (Class of 2018), in December 2014.

For them, the decision to stage Hamlet lay in the play’s famous reputation and the complexities of the piece.

“It’s been called the greatest play that has ever been written, and there is a curiosity there [that I wanted to explore],” Roshan said.

“[Hamlet] really gets to the essence of what humanity is,” Ritika added. “[I wanted to] expose it through a different medium instead of just analysing [the play] literally.”

She added that staging the play also gave the directors an opportunity to utilise the abundant resources available on the College campus.

The Black Box Theatre, she pointed out as an example, “has so much technical potential”, referring to the well-equipped performance and rehearsal space located on campus. The diverse cast, which featured a mix of students from all three cohorts, was mostly new to the world of theatrical production. Both Roshan and Ritika, for example, were first-time directors.

Sai Pogaru (Class of 2018), who played Horatio, admitted that he initially felt uncertain about being casted.

He shared that many doubts ran through his mind – uncertainties about his acting skills, or whether he was a good fit for Horatio in the first place.

Ultimately, however, his excitement “at the prospect of trying something entirely new and unfamiliar” prompted him to accept the role.

Indeed, Roshan stated that most members of the cast had to start from scratch by attending acting and voice workshops. 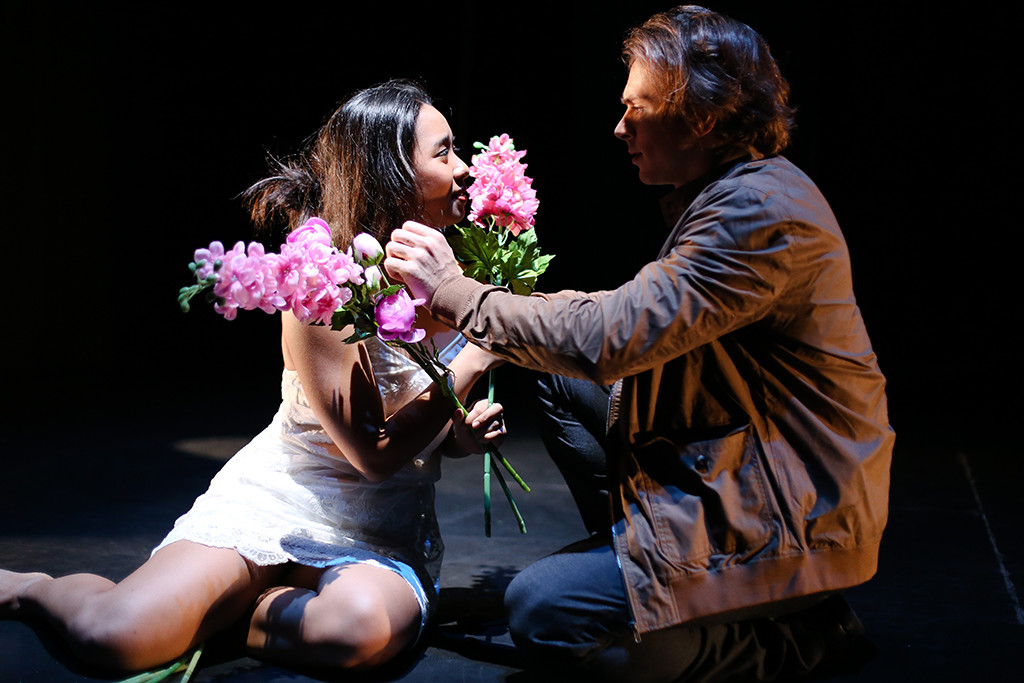 The directors also sought to find ways to weave in their own creative inputs into the 400-year-old text.

Mainly, Roshan and Ritika wanted to present the play in a distinctly different light from other versions, which they felt lacked an emotional quality.

Many productions of Hamlet typically focused on one or two very complex characters, whereas the other actors played flatter characters, Roshan opined.

With this in mind, the directors decided to focus on the complexity of human relationships in the adaptation, by emphasising the motivations of each character in each scene. Hamlet holds Yorick’s skull, which was 3D-printed in the College’s Fabrication Studio, as Horatio (Sai Pogaru, Class of 2018) looks on

Roshan, who was abroad at Yale on a summer study programme, worked closely with Professor Leslie Brisman, a Karl Young Professor of English from Yale University, to cut down on the original script.

Scenes centred on politics or war were shortened or removed to keep to the directors’ vision of an adaptation focused on human relationships.

Back on Yale-NUS soil, Ritika met up with Assistant Professor Andrew Hui, who helped her get in touch with theatre companies who were staging Shakespeare productions in Singapore.

With Dr Hui’s help, she secured the opportunity to attend a private question-and-answer session with Shakespeare’s Globe, a prestigious London theatre company.

Professor Rajeev Patke also provided insightful comments on the literary aspect of the production, such as how one should properly read the text. Ritika hopes that the success of the production will motivate other students to dedicate more time to the activities that they are interested in.

“The good thing about our production is that we gave ourselves time [to stage the play],” she said.

The yearlong preparation for Hamlet, she added, could be a source of encouragement for other students to work on more long-term projects.

The production received an immense amount of resources to help stage the play: Hamlet received sponsorship from the Tolani Performing Arts Fund, the Dean of Students Office, and the Educational Resources & Technology (Arts & Media) department.