Research is a central aspect of academic life at Yale-NUS for both students and faculty. The College supports research endeavours by facilitating research projects and grant applications, organising knowledge sharing events, providing opportunities for students and faculty to carry out joint investigations and creating dedicated spaces for these projects to come to fruition. Examples include the Behavioural Laboratories to facilitate experimental psychology, human-computer interaction, or human neuroscience research as well as the Fabrication Studio to support projects and prototypes. The HSS Collaborative Workshop is another such platform that enables faculty members from NUS and the College to share their work with peers in the Humanities and Social Sciences.

The HSS Collaborative Workshop was started in March 2019 at NUS by the Office of the Deputy President (Research & Technology) (ODPRT) to provide a platform for faculty members to present and share their recently completed projects, as well as a forum for exploring collaborative synergy within the HSS ecosphere.

At this event, Yale-NUS College continued this collaborative spirit with presentations by Yale-NUS faculty members on research projects ranging from digital historical maps and the origins of Chinese urbanisation, to parenting in Singapore and the Russian Orientalism.

In this regard, the event is also an opportunity to showcase and appreciate the necessity of the research carried out in these fields. 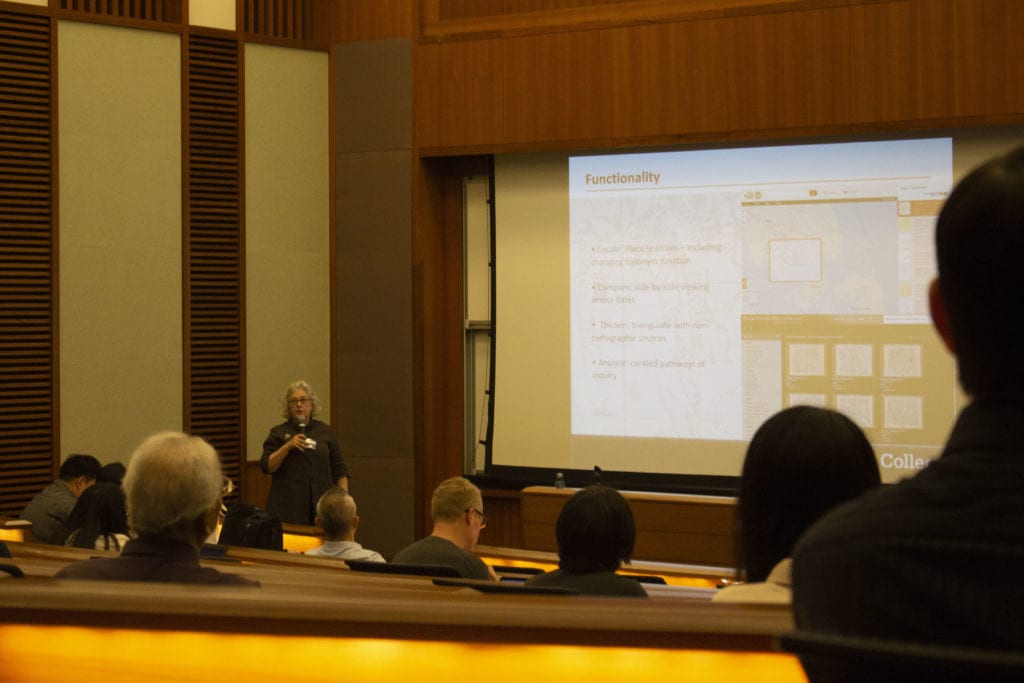 Prof Jacobs’ project studies historic maps of Southeast Asia and Singapore as well as capacity building in the area of digital humanities within Yale-NUS. Her project was awarded the 2018 Social Science Research Thematic Grant by the Social Science Research Council (SSRC) for its intellectual merit, and potential impact on and contribution to society and the economy.

Another project, titled ‘Indian Ocean Trade and Roman Consumer Culture’, by Yale-NUS Associate Professor of Humanities (History) Ernst Emanuel Mayer, investigates the spread and facilitation of Roman consumer culture through Rome’s trade with India. The project utilises material remains such as Roman latrines around Europe and Roman gold coins in India as its pool of evidence.

Explaining how such historical research contributes to our understanding of the modern world, Assoc Prof Mayer said, “It is, of course, not something that translates immediately into policy advisement. You may not necessarily be able to look at Roman tariff wars and then see how the trade war with China makes sense. But I think what we can try to understand is how world systems of trade are created and how they are maintained.”