Last week, Yale-NUS College played host to two distinguished speakers, Professor William Deresiewicz and Professor Mark Tushnet, who gave public lectures as part of the President’s Speaker Series. The speaker series is designed to enable the community to learn from and engage with some of the brightest academics and practitioners across a diverse range of disciplines on contemporary issues in our world today.

William Deresiewicz – The Purpose of a Liberal Arts Education

The best-selling author of Excellent Sheep: The Miseducation of the American Elite, William Deresiewicz’s work has generated much debate within the field of higher education. He also penned The Disadvantages of an Elite Education, a provocative essay which suggested some of the best American Ivy League universities produced ‘elites’ who were unable to interact with regular people.

On 12 January, he spoke to a packed audience who was interested in the purpose of a liberal arts education and what it means in today’s context. With Yale-NUS College being the first liberal arts college in Singapore, the concept of such an education is still considered quite new.

“First of all, liberal arts has nothing to do with liberalism in the political sense,” Professor Deresiewicz said. “It also does not involve the study of the fine arts.”

Professor Deresiewicz stressed that while the liberal arts include the humanities, a common misconception is that a liberal arts student is synonymous to being a humanities student. Considering that this education model encompasses Social Sciences, Humanities as well as the Sciences, he suggested that it is perhaps more accurate to use the term “liberal arts and sciences”. He went on to define this more specifically as “the disciplines in which the pursuit of knowledge is conducted for its own sake”.

“They don’t include any of those that are in the applied, vocational or professional fields,” he elaborated, sharing that these fields generally take knowledge and precisely apply it. This is opposed to what the liberal arts and sciences aim to do – which is to create knowledge instead of simply applying it.

“In the liberal arts, you don’t acquire knowledge – you debate it,” Professor Deresiewicz explained.

He noted that liberal arts graduates are highly sought after, because they learn how to think critically, which equips them with the skills to see problems from a variety of angles and consider creative approaches to resolve them.

Formerly a Professor of English at Yale University, Professor Deresiewicz drew heavily on examples from the learnings of humanities to showcase how the liberal arts are an honest confrontation of reality, in spite of our desire for clear and simple answers. He urged the audience to go beyond using education as a tool to fill a career, and instead use it to build one’s self.

Deresiewicz’s full address, including a question and answer session, can be viewed here.

Mark Tushnet – Social Movements and the US Constitution 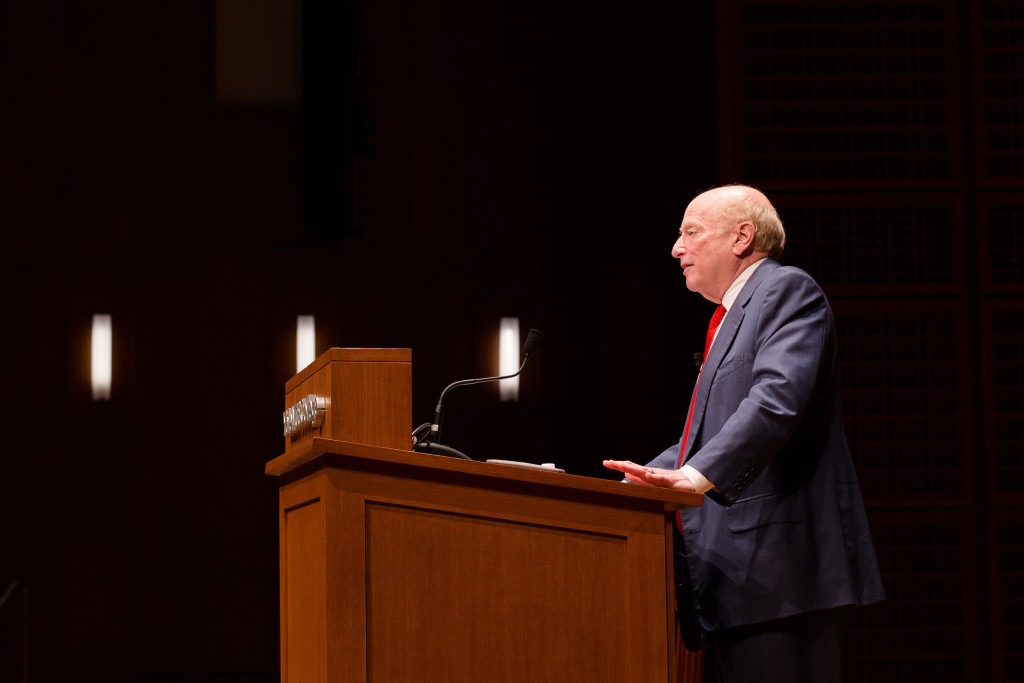 On 14 January, the College welcomed Mark Tushnet, William Nelson Cromwell Professor of Law at Harvard Law School. In his welcome address, Yale-NUS President Pericles Lewis shared that those who intended to pursue legal study in the United States would most likely have read Professor Tushnet’s works. The co-author of four casebooks, including the most widely used one on constitutional law in the US, Professor Tushnet was well-placed to address the topic ‘Social Movements and the US Constitution,’ where he examined how social movements have affected the development and interpretation of the US Constitution.

The full talk by Professor Tushnet can be viewed here.

For more talks and lectures delivered at Yale-NUS, do tune in or subscribe to the Yale-NUS College’s Youtube channel or check out our upcoming events here.