On 21 and 22 April 2016, Green Room Theatre presented three original short plays as part of Rule of Threes. Written, directed and performed by Yale-NUS students, the production filled the Yale-NUS Black Box to maximum capacity on both nights as the audience was treated to three riveting tales.

Green Room Theatre is a Yale-NUS drama club that produces original plays, conceptualising productions from the ground up. The group also seeks to make theatre accessible to anyone who may be interested in the theatrical arts.

According to outgoing Executive Producer, Glen Koh (Class of 2018), Rule of Threes was the group’s first formal step in putting out more original works written by Yale-NUS students, following two iterations of the 24 Hour Play earlier in the year.

“Our team has talked a lot about wanting to build up the group in a progressive manner leading up to a full-length production, and we decided upon doing short plays written by students first,” Glen shared.

A call was put out in the first semester of Academic Year 2015/2016 and writers worked on their plays over the December break.

“We had an original pool of 12 plays, and the first time I read all of them I was just so amazed at some of the ideas which were being presented,” Glen said.

“It was one of those moments where I get reminded of the amount of talent that we have in the school, as well as how much I enjoy theatre as a medium for bringing these ideas to life,” he added.

Directors were subsequently recruited to direct the plays that were written. One of them was Nikki Chen (Class of 2019), who directed Wake written by Roshan Singh (Class of 2018).

“I was particularly drawn in by the idea of presenting work that was written by a peer,” Nikki explained, on her motivation to participate in this production. “My job was to transfer words on pages into a staged production. The goal is to provide an experience for the audience that will not only create aesthetic beauty but also emotional engagement.” Audience member Keith Tong (Class of 2018) says what appealed to him most was the collaborative nature of the production and the fact that it is entirely the vision of fellow students.

“Each play is the coming-together of talented writers and wonderful actors, brought to life and directed entirely by Yale-NUS students,” he said on reflection. “It is a glimpse into the potential for a quintessientlly Yale-NUS long-form production, like a teaser of the kind of original productions that theatre groups at Yale-NUS could aspire and create if they ever decide to truly come together to make something big.”

The production involved a total of 33 members, comprising a first-time director, a group of first-time actors and several second-time actors. This pleasantly surprised Glen, who realised that the nature of the production served as a very non-threatening introduction space into theatre. It was a great learning opportunity for everyone involved.

“As much as we strive towards doing bigger and better productions, I really appreciate Green Room Thetre’s intention to include anyone who is willing to just try their hand at writing, directing, acting or producing,” she said. “The focus really was not about how good you are but just how much you are willing to push yourself and just try.” 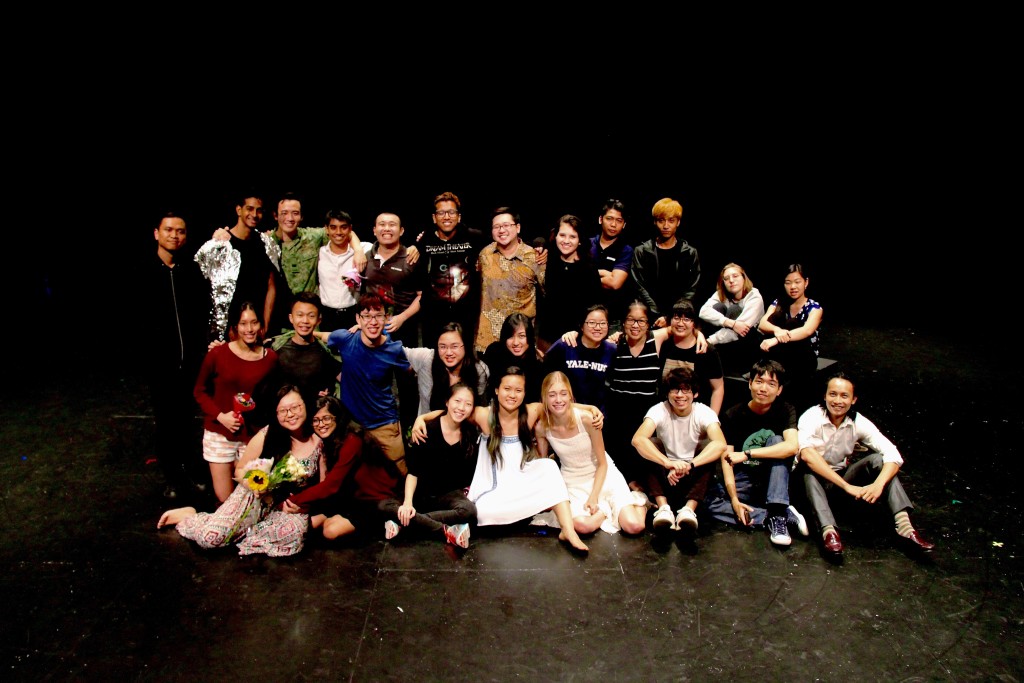 Keep updated with Green Room Theatre on their Facebook page!