Written by Melissa Wang | Images by Weave for Yale-NUS College 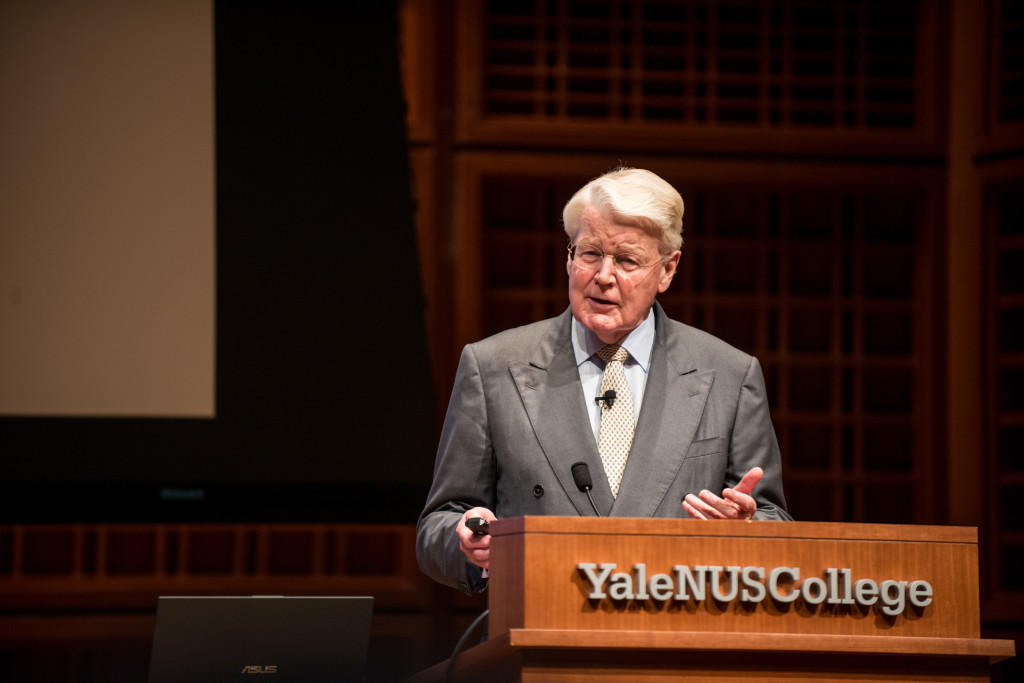 On 13 November 2015, Yale-NUS was privileged to host our first-ever foreign state dignitary. President of Iceland, His Excellency Ólafur Ragnar Grímsson, visited Yale-NUS to deliver a public lecture on ‘Clean Energy, Climate and the Arctic’ as part of the President’s Speaker Series. His lecture had an overwhelming response, with more than 300 people packing the Performance Hall. 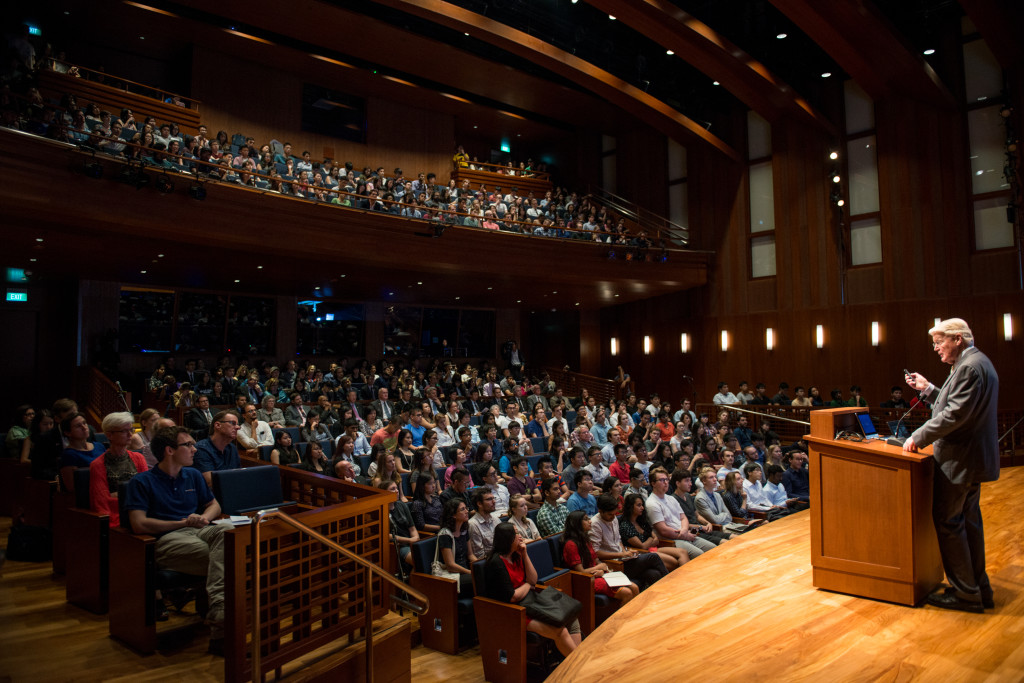 During the lecture, President Grímsson spoke about the very real and pressing issue of climate change, and the way in which it affects our lives. The former professor of political science also highlighted the global nature of the problem, emphasising the need for a collective effort to resolve the issue and employing solutions that transcend borders.

“Ice is neither left wing nor right wing. Ice has no political ideology; it simply melts,” President Grímsson quipped, reminding the audience that the effects of global warming would eventually be for all to endure.

He stressed the importance for Singapore and Iceland, as well as other countries, to join hands in tackling this once unprecedented problem of climate change – and to succeed at it, because failure would spell disaster in the pending future.

President Grímsson shared about Iceland’s success in harnessing geothermal energy and their country’s move towards lowering carbon dioxide emissions. He urged the crowd to raise their awareness about climate change and the steps that can be taken to collectively fight climate change, so that Iceland’s story would not be a unique one, but a trend for the future. President Grímsson explained that he decided to speak at Yale-NUS College because of a firm belief that there is a need for people in universities and institutions of learning to change the way in which they look at the world, and how they educate themselves, in order to constructively deal with the problems of climate change. He stressed that the effects of global warming are far-reaching and will eventually affect all nations. Hence, today’s youth have to bear the responsibility of collectively combating climate change.

He concluded, “That is why I am grateful to be able to talk to you during my visit to Singapore, in this great new university, because it is a message that above all, has to be heard by the new generation.”

Please click here to view President Grímsson’s lecture. For more talks and lectures delivered at Yale-NUS, please feel free to tune in or subscribe to the Yale-NUS College’s Youtube channel or check out our upcoming events here.