On a warm evening in March 2016, the Saga courtyard was buzzing with excitement as student organisation RC3 threw a kampung-themed carnival, Balik Kampung (return home).

Inspired by the traditional night markets in Singapore known as pasar malam, the carnival had an array of local snacks, carnival games and activities, and even a dunking booth to really get the party atmosphere going. 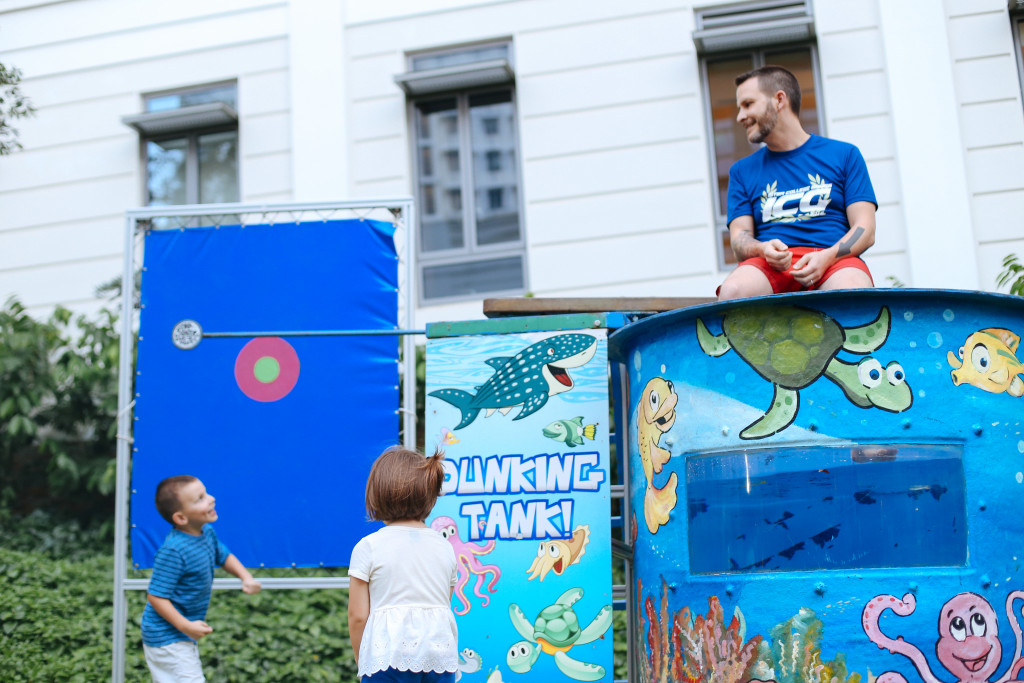 Dean of Students Christopher Bridges waits to get dunked

“When RC3 was conceptualising the event, we knew we wanted to hold a carnival, but the question was what kind of carnival do we want?” said Bing Lin Nyang (Class of 2018), one of the main organisers.

“The Singaporeans in the club thought it would be great to bring our local version of a carnival to Yale-NUS… Our theme, ‘balik kampung’ was therefore closely tied to our desire to bring the local experience to Yale-NUS.”

Carnival-goers play a round of country erasers

Yonatan Gazit (Class of 2018), who hails from the United States, found that helping out in the carnival was a fun learning process.

“I ended up learning a lot about Singaporean culture that I would have never known otherwise, like how competitive Country Erasers could get or how to cook muah chee,” he said.

He added: “As a non-Singaporean student, I was really happy to see how open the event was to everyone regardless of nationality, and I think that other international students learned a bit about Singapore too.” 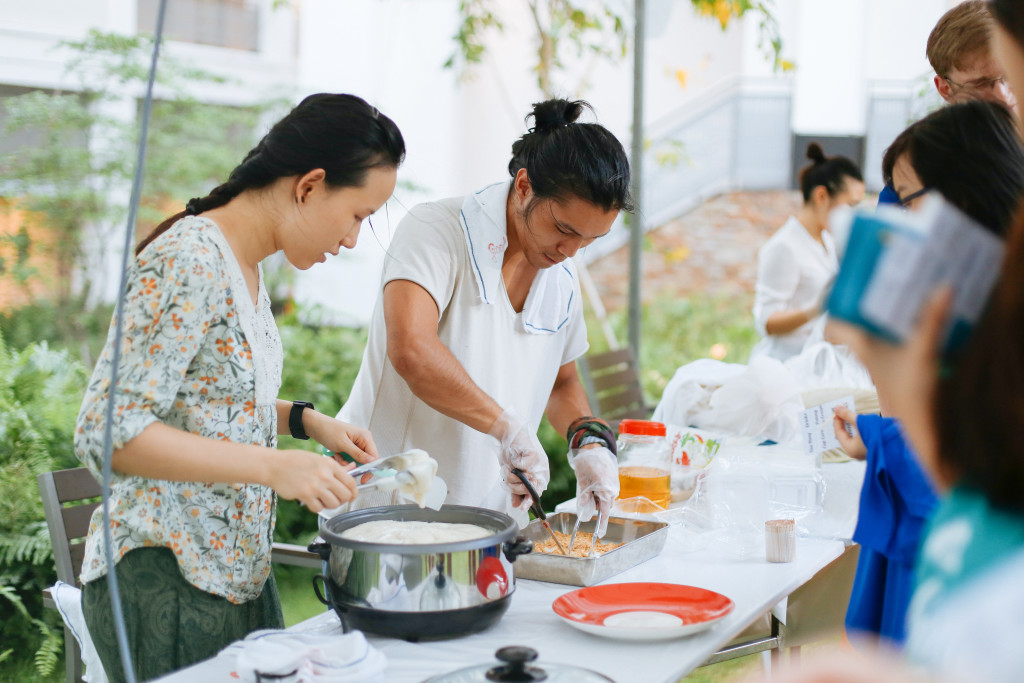 Founded in 2014 by students from the Class of 2017, RC3’s main goal is to “foster residential colleges’ (RCs) identity through friendly competition across the RCs in fun and inclusive events”, explained Tong Xueyin (Class of 2018), president of the club.

Since 2014, they have organised many events aimed at bringing people in Yale-NUS together to foster community spirit through inter-RC interaction.

These include Beach Plz, a signature mass outing to Sentosa held at the end of semester, and this year’s Bae My Valentine, a Valentine’s Day event that paired people up for a friendship blind date. With the success of Balik Kampung behind them, RC3 has plans to make the carnival an annual event.

“Yale-NUS is a really new community, and new traditions are being built by student groups every semester,” shared Feroz Khan (Class of 2018), one of the main organisers of the carnival and a member of RC3.

“Opportunities to create new events that will go on to become traditions are precious, and RC3 will continue to work super hard to make these events happen and to create new traditions like Balik Kampung.”

And traditions they become – for everyone in the community.

“It made me really, really happy to see that the cleaning staff were asking about [Balik Kampung], and that we invited them to come down and play games and have delicious Ramly burgers with us,” said Feroz.

“That’s the Yale-NUS spirit right there.”