By Daryl Yang | Image provided by The Pond Photography 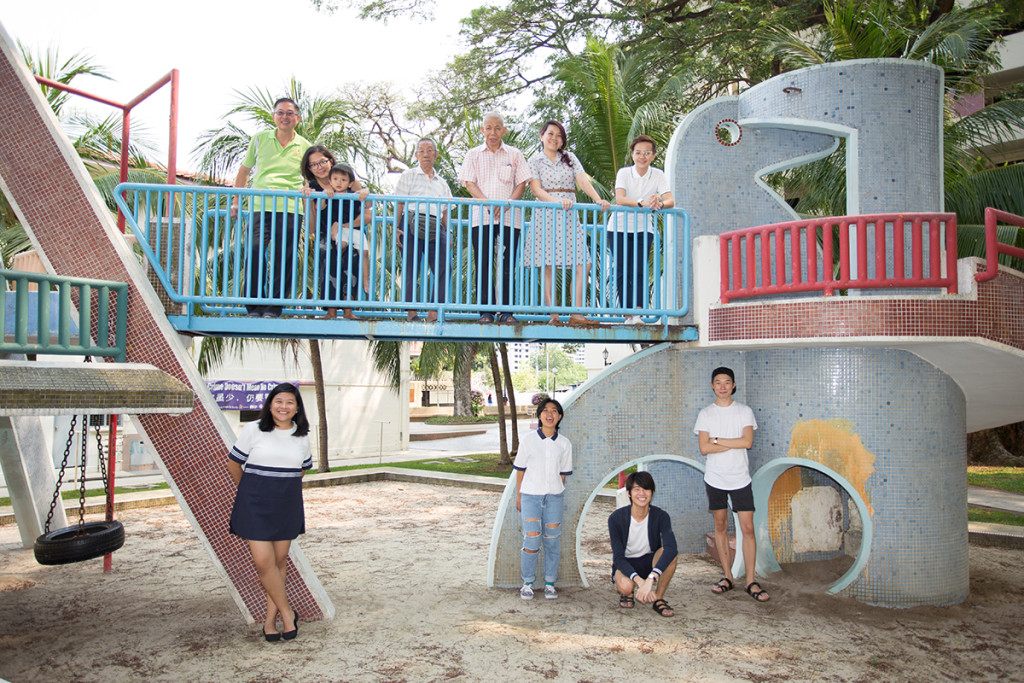 While many of his classmates embarked on various summer programmes across the globe, Chng Yi Kai (Class of 2018) has remained in Singapore over the past few months as an independent artist working on IgnorLAND Of Its Loss, a site-specific community theatre production by Drama Box.

The production will take audiences around Dakota Crescent, where residents will share their stories about the impending destruction of one of Singapore’s oldest housing estates slated for redevelopment by the end of the year.

For Yi Kai, the community engagement aspect was his main motivation that drew him to theatre.

“I am very interested in the use of applied theatre—such as community theatre, forum theatre and site-specific projects—to engage with people about issues that affect our communities and environment,” he said.

Yi Kai has been involved with Drama Box’s youth wing, ARTivate, over the past two years, during which he underwent a two-year training programme for young people who are interested in theatre as a tool for social engagement.

“I was the project manager for our graduation production, titled Kopitiam,” Yi Kai shared. “Based on the script by 1989 Cultural Medallion recipient, Kuo Pao Kun, we wanted the audience to explore and rethink the social issues of development and land contestation with us.”

Kopitiam received much positive feedback and was also featured on the Chinese newspaper, Lianhe Zaobao.

He explained that the issue of “heritage” is one that Drama Box has explored in many of its previous projects, “in challenging the hegemonic narrative of the need for progress in Singapore”.

For instance, Drama Box had previously produced 2015’s critically acclaimed It Won’t Be Too Long, a series of shows that hinged on the debate surrounding the fate of Bukit Brown Cemetery.

As Drama Box and ARTivate are primarily Chinese-speaking theatre groups, Yi Kai grappled with the language barrier at first. He had usually been involved in English productions and was not accustomed to using his mother tongue, Mandarin, as a primary language of communication in theatre.

“Though it was hard at first, I came to appreciate the diversity of language in Kuo’s work, which depicted the exchanges of different languages back in early Singapore and a multilingual culture that is fast disappearing today.”

While working on Kopitiam, Yi Kai was struck by the general loss of the nuances of different Chinese dialects as spoken within the local Chinese community.

“For instance, to stay true to the script, we chose to use the Hainanese pronunciation of ‘ah gong’ (grandfather) which is pronounced differently in Hokkien and Teochew,” he recalled.

“Many audience members came up to us thinking that our actor had pronounced it wrongly because of the prevalence of the Hokkien pronunciation compared to the Hainanese pronunciation which fewer people are familiar with.”

Yi Kai, who is majoring in Anthropology, shared that his academic experiences have helped him in these theatre projects to better understand different perspectives and how one uncovers and understands these perspectives through fieldwork.

“When working on a community-based theatre or site-specific project, there is a lot of groundwork to be done and a significant part of it has to do with ethnographic research,” he explained.

“For instance, while working on the Dakota Crescent project, we started talking to residents for more than a year to engage and build rapport with them as well as to understand how they relate to the space and the issue of gentrification and redevelopment.”

Outside of theatre work, Yi Kai’s interests also include photography. As co-founder of the Yale-NUS Photography Club, Yi Kai also hopes to minor in Arts & Humanities and has previously taken a class in documentary photography, from which he took away useful skills for his own documentary installation for IgnorLAND Of Its Loss.

“The skills I learnt in the class were very helpful in my artistic process as I was more mindful about how to make my subjects comfortable so as to foster the atmosphere and tone I needed for the frozen images I was going to take.”

On his experiences at Yale-NUS College, Yi Kai shared that he is particularly excited about the intersections between his academic and non-academic experiences.

“I will be taking a class on Ethnography next semester and hope to learn more about ethics in fieldwork and how to balance between being sensitive to the needs and lived experiences of people I’m studying and what I need for my research and artistic endeavour,” he said.

Watch the trailer for IgnorLAND Of Its Loss here