A migrant worker reading his poetry during Empowerment Through Writing: Voices from the Margins. Image by Aleithia Low

Early in the morning of 31 January 2016, over 60 students, staff and migrant workers gathered in the Saga dining hall to arrange yu sheng into creative patterns. There was laughter, music, dancing and ice cream – and with this festive, friendly competition, the Migrant Workers Awareness Week (MWAW) began.

Initiated by a group of National University of Singapore (NUS) Law and Yale-NUS students to bridge the gap between the local and migrant communities, the five-day event brought together over 100 migrant workers as well as 300 students and members of the public interested to learn more about migrant workers’ experiences and issues.

Teo Xiao Ting (Class of 2018), a member of the organising team, shared that the events attracted a diverse range of participants beyond university students, including researchers, doctors and polytechnic students.

“It was incredibly heartening that these people carved out time from their daily schedule to join us at our events, especially when most of MWAW happened on weekdays,” she added.

What touched Xiao Ting most was when migrant workers and students shared both laughter and tears as they spoke about their hopes, struggles and joys during Dialogue in the Dark, the last event of MWAW, an intimate, personal hour of conversation between students and workers that was held in the Black Box Theatre.

“This event aimed to go beyond visual and superficial differences to seek out a common thread of what makes us human,” explained Xiao Ting.

Similarly, Kimberley Pah (Class of 2018), Publicity Head for MWAW, valued how deeply hearts were moved and relationships were forged through the various events organised to connect these different segments of society.

“I hope that among the people who sang and cheered and danced during Lunch Tag I or teared during the Dialogue in the Dark, perhaps in a few months or years… whether migrant worker or student, would feel compelled to organise the next event for the integration of migrant workers into [Singapore’s] society,” Kimberley shared.

This year’s events were generously supported by law firm Rajah & Tann LLP Singapore, and are an expansion from the first MWAW organised in 2014 at the NUS Faculty of Law. 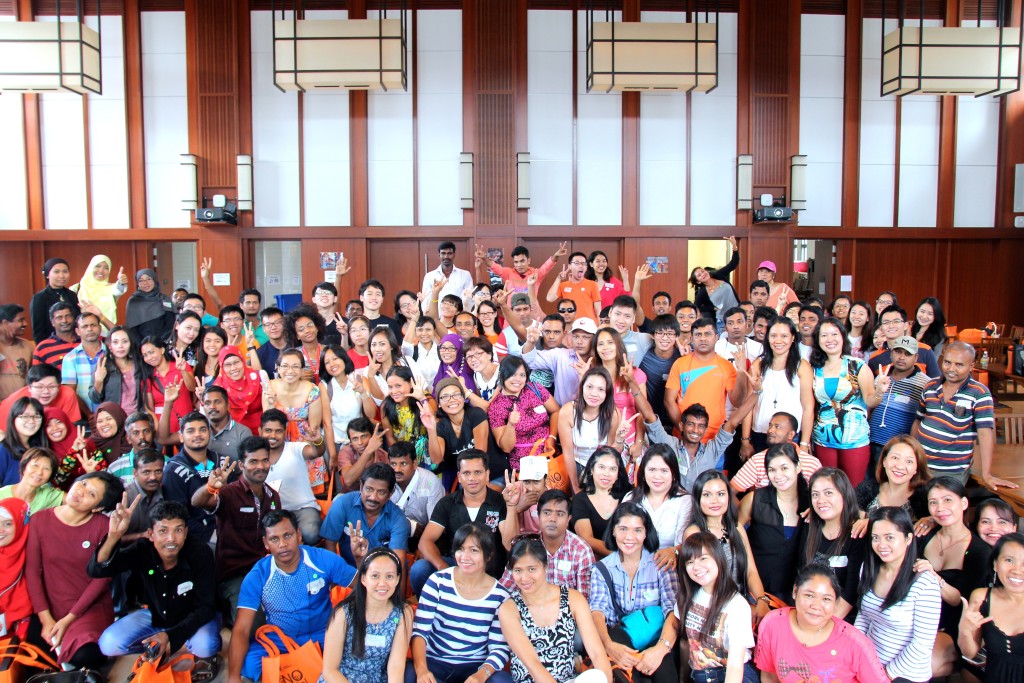