Between 3 to 8 March this year, Yale-NUS College hosted renowned environmental photographer and curator James Delano, while he was in Singapore to lay the groundwork for a gallery exhibit. Students and faculty alike had the opportunity to have in-depth conversations with Mr Delano, and tap on his expertise.

In a true demonstration of cross-disciplinary collaboration at Yale-NUS College, Mr Delano was co-hosted by Mr Tom White, Instructor of Humanities (Documentary, Photojournalism and Visual Communication), as well as Assistant Professor of Social Sciences (Environmental Studies) Matthew Schneider-Mayerson. Student groups I’DECO and the YNC Photography Club also helped to host Mr Delano for his visit, each touching base with him for specific expertise relevant to their clubs.

Based in Japan, Mr Delano is a world-renowned photographer and author of four photobooks, including Empire: Impressions from China and Black Tsunami: Japan 2011. Mr Delano is also well-known as the organiser of the popular Instagram feed EverydayClimateChange, which combines breathtaking photography and succinct narratives to bring the drama and urgency of climate change to a twenty-first century medium. It curates vivid images from all seven continents and has nearly 90,000 followers. His documentary photography focuses on humanity’s strained relationship with the environment as well as the ecological consequences of rapid development in East Asia, now spreading to equatorial Africa and the Amazon, including violations of indigenous land and human rights.

During his visit, Mr Delano conducted a photojournalism masterclass, where he shared his experience and advice on developing a portfolio and working on projects with a focus on environmental activism. The participants had the chance to work on a photo essay and received guidance and feedback on their projects, from the conception of ideas, down to production and editing. 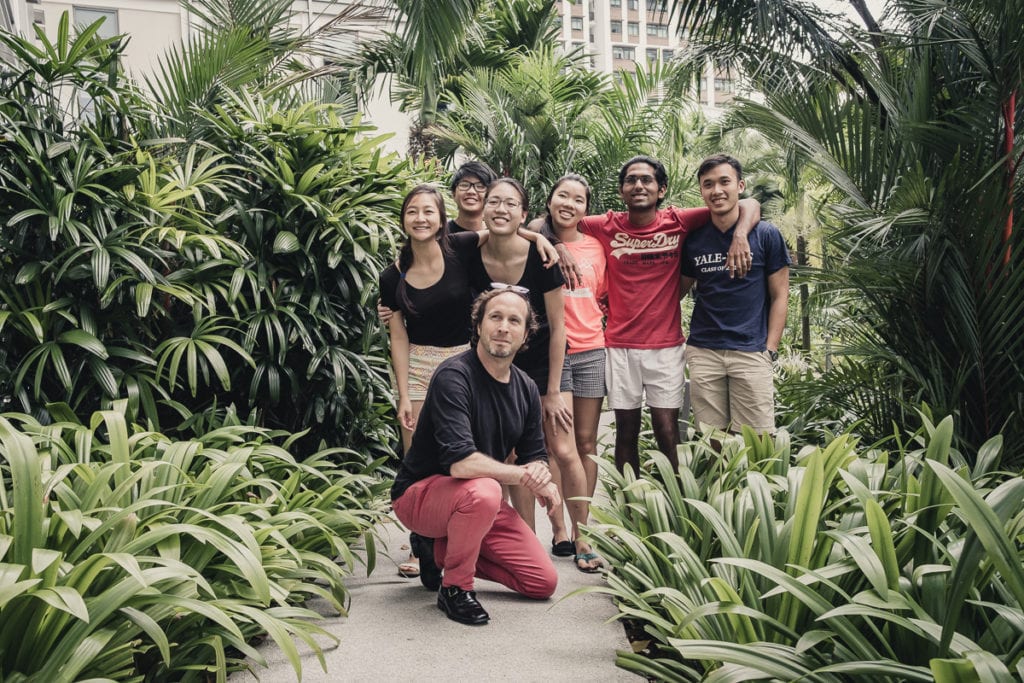 Mr Delano hosted a workshop for students where he shared his experience and advice on developing a portfolio and working on projects with a focus on environmental activism.

“I found the class to be a good level up for me and interestingly, it was not the techniques that I remember most from this class. A professional photographer can show you the ropes with regard to how to tell a good story using photos, and Mr Delano encouraged me to focus on the story rather than the technique of taking photos,” shared Arjun Jayaraman (Class of 2020) who attended the class.

Members of the public also had the opportunity to speak with Mr Delano at the public panel discussion ‘Art and Climate Change: Representation, Connection, Intervention” which Mr Delano headlined. The panel raised the question of how artists can represent anthropogenic climate change, and addressed the role that visual art – in galleries, public spaces, and digital venues can play a part in the intervention of this, aiding the ongoing struggle to mitigate and adapt to climate change. Mr Delano was also joined on the panel by Mr Ong Kian Peng, a Singaporean mixed media artist who was awarded the 2015 President’s Young Talents Award for his work Too Far, Too Near, a two-part installation with audio-kinetic sculptures accompanying a video of melting ice sheets and glaciers filmed on location in Greenland, and Dr Schneider-Mayerson. Mr White, who moderated the session, shared that the session was well-received and the audience included members of the Yale-NUS and NUS community, professional photographers, as well as environmental enthusiasts.

High air pollution and haze, Singapore, 20 June 2013, an image by Mr Tom White that was shared during the panel discussion.

Mr White who had invited Mr Delano to the College to create a conversation around the issues of climate change and environmental issues, shared: “He [Mr Delano] refers to people like himself who documenting in the field as the ones who see the changes [to climate change] first hand; as ‘canaries in the global coalmine’. Combining James’ on-the-ground expertise with the robust engagement of academic research, the cross-disciplinary nature of photojournalism seems perfectly suited to an issue such as climate change, which is difficult to succinctly grasp,” Mr White noted.

Mr White added, “By connecting photography, journalism, art, experience, research and academia, I hope the conversation has sparked ideas that students and staff would then take away and apply in their studies, their teaching and their research. The very ethos of a liberal arts college is to cross-pollinate and climate change is a subject that is going to demand a multidisciplinary response.”

Sharing Mr Delano’s work with the public, Mr White and Mr Delano had also worked with the Objectifs Centre for Photography and Film Co-founder and Director, Emmeline Yong, to curate a 36-image strong exhibition of work selected from @everyclimatechange’s feed. The exhibition was funded by the Centre and displayed outdoors in Singapore’s art and heritage district for six weeks.