When Yale-NUS College Professor of Science Brian G McAdoo and half a dozen students travelled to Thailand for a recent study trip, they were focused on one thing: food sustainability.

Thailand was the perfect destination because of its complex environment and how it relates to food production and water resource management. The group visited organic farms in the country’s mountainous north and learned about the current state of the Mekong River—the region’s lifeblood and a haven for biodiversity—before winding south to Chanthaburi province, where they examined how effectively mangroves filter out waste from shrimp farms. 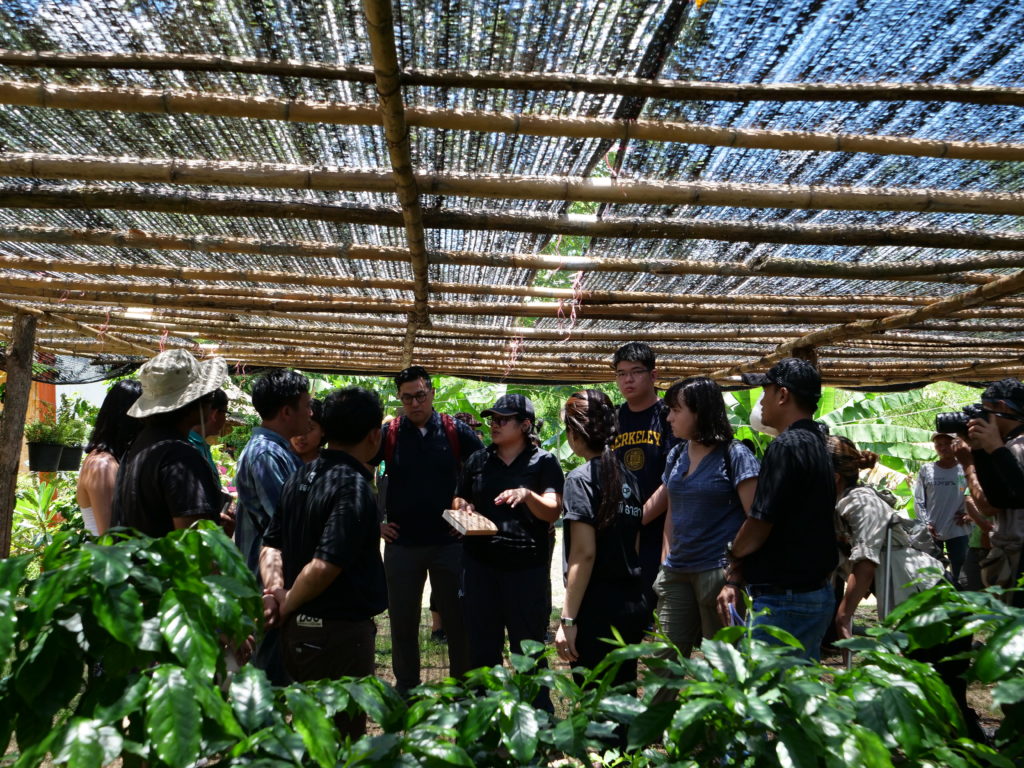 They approached the food sustainability from several perspectives—political, chemical, ecological and geomorphological. The group, a partnership between Yale-NUS and the Claremont Colleges, which received a grant from the Henry Luce Foundation to study environment challenges in Asia, even worked with Thai students from Burapha University to create a musical to raise awareness among shrimp fishermen about the dangers of overfeeding and overmedicating in aquaculture. “Liberal arts and sciences at its best!” Prof McAdoo said.

The trip was important because “food sustainability is critical to the growth and prosperity of Southeast Asia,” he said. “In Singapore, 98 percent of our food is imported from places like Malaysia, Indonesia, Australia and Thailand. If those food systems are not environmentally sustainable, the security of the entire region could be compromised.”

Like Prof McAdoo, many of the College’s faculty have been spearheading research and collaborations on a range of issues vital to the growth and development of the region, from politics and security to art to air pollution.

Their efforts have often involved the 10 countries that make up the Association of Southeast Asian Nations (ASEAN)—Thailand, Indonesia, Malaysia, Philippines, Vietnam, Lao, Myanmar, Cambodia, Brunei and Singapore, which currently holds the chair.

In the case of food sustainability, threats come in many forms, from climate change to pollution from pesticides and herbicides, Prof McAdoo said. And the best way to combat those threats is to talk to others with more experience, like the US state of California, which has been managing its agricultural industry for close to a century and has learned many lessons along the way.

“As ASEAN continues its meteoric development trajectory, conversations with others who have ‘been there, done that’ can only benefit the region, especially if we learn from their missteps,” he said.

The overarching question for the research project is: How does Southeast Asia incentivise a major power like China to exercise restraint, particularly in the ongoing territorial dispute in the South China Sea? Peeling back the layers of the convoluted issue to formulate an answer means interviews and meetings with a multitude of experts, scholars and foreign policy officials in Manila, Bangkok and Kuala Lumpur.

A pattern has emerged, Asst Prof Huang said. When there’s regional disunity and fragmentation, China is more likely to practice power politics, coercion and belligerence. But when ASEAN mobilises and acts as a unit, China is more likely to shift its foreign policy approach in the South China Sea toward supporting regional initiatives that it previously deflected, resisted or opposed.

“Preliminary findings suggest there is strength in numbers,” he said. “And, for ASEAN what matters most is that Southeast Asian countries are aligned—but not necessarily allied—in their collective outlook and priorities for regional peace and stability.”

Associate Professor of Science (Biology) Antónia Monteiro is tackling another major regional issue—large-scale air pollution from haze smoke produced when Indonesian peat forests are burned to clear the land for agriculture. While the practice has been established as hazardous to human health, the effect on other species and ecosystems has rarely been studied.

After a serious haze season in 2015, Assoc Prof Monteiro decided to start a set of lab experiments in which she burned incense coils made of wood pulp to simulate haze to study its effect on the development and mortality of butterfly larvae.

She found that the larvae were affected by both direct and indirect exposure, which occurred when they ate plants that were exposed to the smoke even if the larvae weren’t. She also concluded that the toxicity of gases in the air rather than particulate matter interfered with development.

“Haze is damaging to small creatures, such as insects, as well as us,” Assoc Prof Monteiro said. “We have to stop these haze incidents from happening at the scale that they have been happening in future.”

Yale-NUS faculty have also taken the lead on convening forums for fellow researchers to share their work and strengthen collaborative ties. Steve Oliver and Risa Toha, both Assistant Professors of Social Sciences (Political Science), and Assistant Professor of Social Sciences (Economics) Guillem Riambau-Armet co-organised a conference in December that brought together renowned and promising junior social scientists from top institutions across the globe who work on politics of the Southeast Asia.

The conference, made possible by the support of Yale-NUS College and the Henry Luce Foundation, was the Southeast Asia Research Group’s annual meeting in Asia, and the first time the College had played host. The keynote speakers were Steve Wilkinson, Nilekani Professor of Political Science at Yale University, and Ooi Kee Beng, executive director of Penang Institute. Topics covered included ethnic and religious politics, civil conflict, economic nationalism and opposition coalitions.

“The conference benefits ASEAN by helping to establish a networks of scholars working at the forefront of Southeast Asian studies both from ASEAN member nations and beyond,” Asst Prof Oliver said.

Assistant Professor of Humanities (Visual Art) James Jack has focused on a creative approach to regional relations as artistic director of the project ‘Triangulation: Tokyo-Goto-Ho Chi Minh’. The 2017-18 art research exchange included workshops in three sites, an exhibition held in Tokyo, and a publication.

“‘Triangulation’ is a wayfaring technique we utilise as a guide in this project to find points for sharing time, space and experience while navigating the world today,” Asst Prof Jack said. 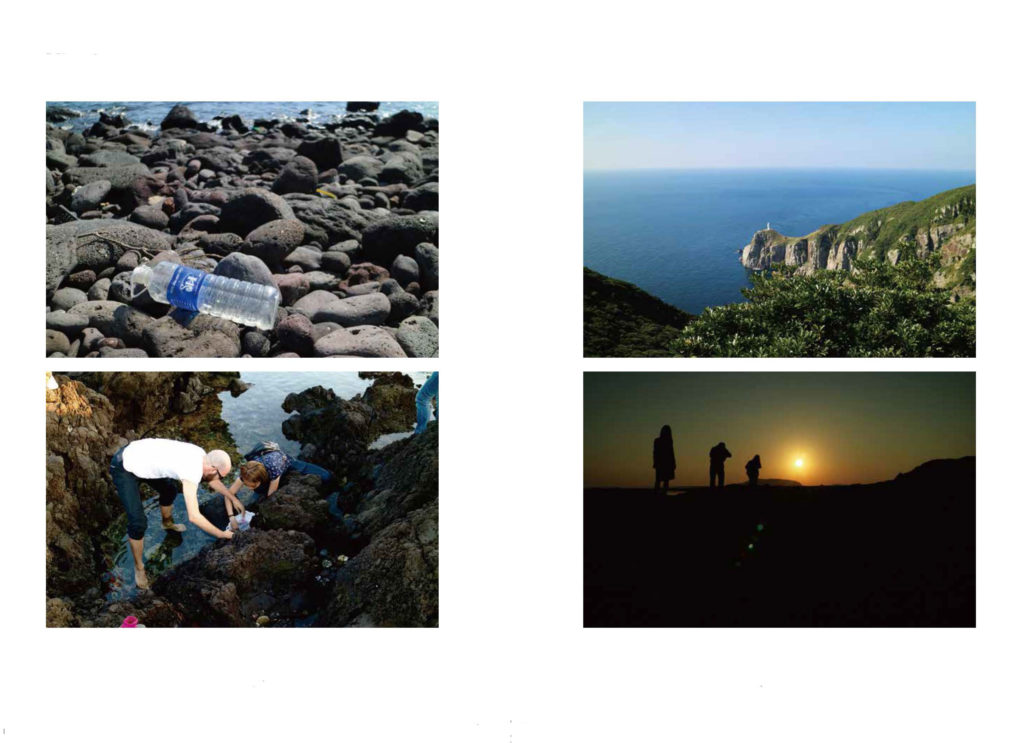 This project facilitated between Tokyo University of the Arts in Japan and Ho Chi Minh City University of Fine Arts in Vietnam challenged the audience to think beyond fixed relations between two places and instead consider the ongoing processes of developing relationships between any two cities or nations. A follow-up exhibition is planned for 2020 in Ho Chi Minh City, Vietnam.