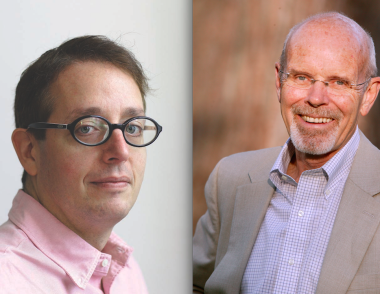 Daniel Bell & Philip Pettit – A Debate on “How Much Democracy? How Much Meritocracy?”

Daniel Bell, Chair Professor of the Schwarzman Scholars program at Tsinghua University in Beijing and Director of the Berggruen Philosophy and Culture Center, will debate Philip Pettit, L.S. Rockefeller University Professor of Politics and Human Values at Princeton and Distinguished Professor of Philosophy at the ANU, on the topic “How Much Democracy? How Much Meritocracy?”

“Westerners tend to divide the political world into “good” democracies and “bad” authoritarian regimes. But the Chinese political model does not fit neatly in either category. Over the past three decades, China has developed a genuinely new approach to governance, rooted in its long history and at odds with the “Western” idea that electoral democracy is the only legitimate form of government. This political model can best be described as “political meritocracy” although there remains a large gap between the theory and the practice and a large democratic deficit. How do the ideals of political meritocracy set the standard for evaluating political progress (and regress) in China? How can China avoid the disadvantages of political meritocracy? How can political meritocracy best be combined with democracy? And what can the West learn from the Chinese approach to governance? Drawing on this new book The China Model: Political Meritocracy and the Limits of Democracy (Princeton, 2015), Daniel A. Bell (Tsinghua University, Beijing) will discuss one of the most important political developments of the twenty-first century.”

“The ideal of democracy is to give the people an equally shared form of directive influence over government. But how commanding is that ideal? What are the best institutions for realizing it? And how far should they allow for electoral and meritocratic modes of appointment to government? The answers defended are that the ideal is needed to make the legitimacy of a regime robust; that the best institutions for realizing it require a variety of channels for mediating the influence of people over government and for making government susceptible to that influence; and that while electoral and meritocratic measures may take many forms, and vary in their appeal, it is important to have some version of each mode of appointment.”

Daniel A. Bell (贝淡宁）was born in Montreal and educated at McGill and Oxford. He is Chair Professor of the Schwarzman Scholars program at Tsinghua University in Beijing and director of the Berggruen Philosophy and Culture Center. He has held teaching posts in Singapore, Hong Kong, and Shanghai  and research fellowships at Princeton, Stanford, and Hebrew University. His talk will draw on his recently published book “The China Model: Political Meritocracy and the Limits of Democracy (Princeton University Press). His other books include “Spirit of Cities”, “China’s New Confucianism”, “Beyond Liberal Democracy”, and “East Meets West “(all Princeton University Press), and he is the editor of the Princeton-China Series. He writes frequently for leading media outlets in China and the West and his works have  been translated in 23 languages.

Philip Pettit is L.S. Rockefeller University Professor of Politics and Human Values at Princeton, and Distinguished Professor of Philosophy at the ANU. His books include Republicanism (1997), The Economy of Esteem (2004), with G.Brennan; Group Agency (2011) with C. List; On the People’s Terms (2012); Just Freedom (2014); and The Robust Demands of the Good (2015).  He is a Fellow of the Australian Academies of Humanities and Social Sciences as well as the American Academy of Arts and Sciences, the British Academy and the Royal Irish Academy.  Common Minds: Themes from the Philosophy of Philip Pettit, ed G.Brennan, R.Goodin, F.Jackson and M.Smith, appeared from OUP in 2007.