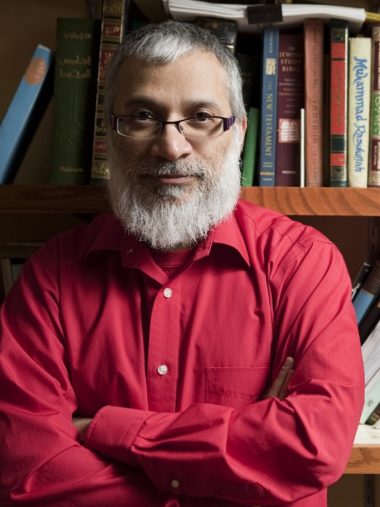 Professor Shawkat Toorawa, who lived in Singapore from age 10 to 17, works primarily on Arabic literature. He taught at Duke University, the University of Mauritius, and Cornell University before joining Yale University in 2016. His books include Ibn Abi Tahir Tayfur and Arabic Writerly Culture: A Ninth-Century Bookman in Baghdad, the co-edited Arabic Literary Culture, 500–925, an edition and translation of Ibn al-Sa‘i’s 13th-century Consorts of the Caliphs: Women at the Court of Baghdad, and an edition and translation of A Time Between Ashes and Roses by the modern Syro-Lebanese poet, Adunis. Other books include the edited anthology, The City That Never Sleeps: Poems of New York and the edited collection, The Western Indian Ocean: Essays on Islands and Islanders. He is currently working on the rhymed translations of Qur’anic surahs, an edition and translation of the surviving works of the 10th-century littérateur Ibn al-Marzuban, a scholarly edition of a work by the 18th-century Indian author Azad Bilgrami, and an illustrated volume on the fabled Waqwaq trees and islands. He is a Director of the School of Abbasid Studies and Co-executive Editor of the Library of Arabic Literature, an initiative to edit and translate key works of the pre-modern Arabic literary heritage.