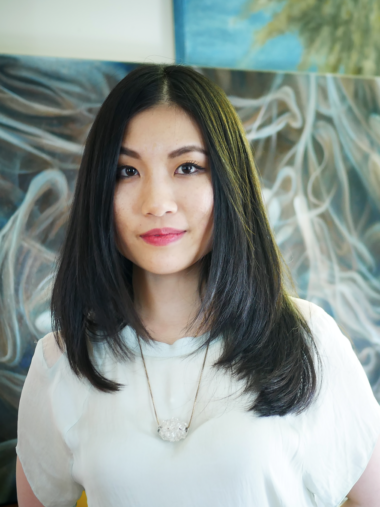 As a Hemispheric Institute Council member and visiting scholar at NYU, she co-founded the Performing Asian/Americas working group. She serves as the program manager for the Public History Project and teaches Diasporic and Decolonial Art History, Theory, and Practice at the School of Visual Arts. She holds a Bachelor of Fine Arts from NYU.

Ms Glow’s trajectory began when she retraced 19th century Asian “coolie” labour in Peru and became aware of the intersecting historical realities of, and tensions between, indigenous and formerly enslaved people, settlers, and migrants. She is sensitive to questions of sovereignty, erasure, indigeneity, belonging, and migration due to her multiple colonialisms in her ancestral homeland, Taiwan. While she is not a culture bearer, she relates to the Asian indigenous cultural heritage as her mother’s village is an Amis cultural stronghold. Understanding herself as a visible racialised settler in America, she worked in allyship with indigenous communities to resist complicity in settler-colonialism. Inspired by the Austronesian seafaring heritage of voyaging from Taiwan and settling Oceania, her relational worldview is guided by the notion“all islands are connected underwater”. This sense of kinship resulted in working with indigenous elders in New York on virtual and augmented reality projects including ‘The Wayfinding Project’, ‘Mannahatta VR’, and public installation ‘Lenapeway’.

Through a land-based perspective, Ms Glow also sees the social history of plants as vignettes into dispossession, enslavement, and extractive trade networks that have impacted our planetary health. Asking “what does colonialism smell like?” has resulted in various projects including ‘Aromérica Parfumeur’ where she made a fake perfume boutique revealing to mall-goers the bloody history behind spicy aromas, engaged with a Manhattan millionaire-row mansion financed by the revenues of American Tobacco Company, and mined the intertwined geopolitical fates of Manhattan and the nutmeg-rich Rhun Island in Indonesia while attempting to bridge the communities living in the aftershocks of this historical reality through ‘Rhunhattan: A Tale of Two Islands’. These threads propel her current work, ‘Smoke Trails’, that grapples with how capitalism and colonialism drive environmental injustices.

“Art, Community and Technology in the Andes,” ArtPlaceAmerica blog, May 22.