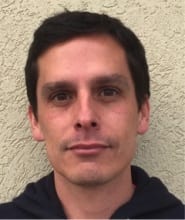 Assistant Professor Anthony D. Medrano is the National University of Singapore (NUS) Presidential Young Professor of Environmental Studies at Yale-NUS College. He also holds an appointment in the Inter-Asia Engagements Cluster at the Asia Research Institute.

Prior to joining Yale-NUS College, he was a Ziff Environmental Fellow at Harvard University, where he held affiliations with the Departments of History and South Asian Studies, the Harvard University Center for the Environment, and the Joint Center for History and Economics. He has a PhD in History from the University of Wisconsin-Madison. His next book project seeks to rethink a history of Southeast Asia in the long twentieth century as a history of alien fishes and biodiversity changes.

Asst Prof Medrano’s research examines the history and legacy of human interactions with marine environments in South and Southeast Asia. His book manuscript, The Edible Ocean: Science, Industry, and the Rise of Urban Southeast Asia, is under contract with Yale University Press. Asst Prof Medrano’s forthcoming article titled “History between the Tides: How Estuaries and Migrants Transformed the Straits of Melaka, 1870s-1940s” will soon appear in the Journal of Southeast Asian Studies (2020).